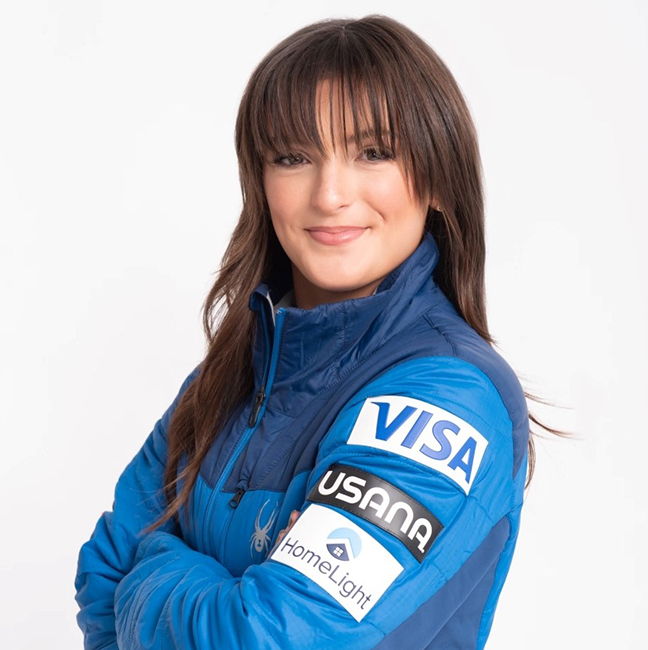 Dani Loeb’s quest to become the first Olympic skier from Alabama ended for now as she failed to qualify for the Beijing Games, but she is looking ahead to 2026 — and hoping that there isn’t a repeat of the events leading up to final qualifying this time.

The Pintlala native arrived in Atlanta on Dec. 15, returning from competitions in Finland, two hours after her mother arrived in Atlanta with all of her gear. Within an hour, and before Loeb arrived, her skis, uniforms, overcoats and other equipment were stolen from her mother’s pickup truck that was parked in a deck on Peachtree Street.

The skis cost about $1600 a pair, but these are specialty skis made in Switzerland, made specifically for aerial competition, and could not be replaced easily. Also, aerial competitors personalize their skis, tuning them to their strengths, so not only is it difficult to simply grab a new set, there is a mental aspect of being familiar and comfortable with the equipment.

On Jan. 4, Atlanta police arrested Kelvin Lanier Evans, 36, and Andre Jermaine Pitts, 38. They were charged with criminal trespass and entering an automobile with intent to commit theft or felony.

On Dec. 16, police had apparently stopped a car Pitts was driving. He gave them a false name, but police noticed that he was wearing the same clothes as in the parking deck’s surveillance video, and Evans was in the car with the same ski mask. Both were already wanted on other charges.

Loeb was pleasantly surprised to hear about the arrest, noting that in terms of overall public safety, the theft of ski equipment is a bit down the list. There was no word on the recovery of any of her items, though.

She did say that the overcoats in particular are very hard to replace, and if they were pawned and someone bought it, she would appreciate its return.

Loeb was able to purchase skis from a former teammate who tuned the skis in a similar manner, and a friend made a new helmet with an airbrushed Evil Eye on the back. While she was able to compete in the World Cup in Deer Valley on Jan. 12, she did not place high enough to qualify for the Olympic team.

On Instagram, she congratulated teammates who qualified, and said “I am so excited to get back to training and learn some cooler tricks and become better and better! Next round I’m going to earn my ticket!”

The 2026 Games will be in Milan and Cortina d’Ampezzo, Italy.

In 2020, Loeb became the first Alabamian on the U.S. National Ski Team. She grew up on a farm in the small town near Montgomery, doing gymnastics at age two. She pursued gymnastics at a national level, but while training in Texas she was recruited to try her hand at aerial skiing, which she had never heard of. Because of their “air awareness,” gymnasts are often recruited into aerial skiing, and at age 14 she was already in a national developmental program in Lake Placid, N.Y., teaching teammates about the religion known as Crimson Tide football.

Despite Covid restrictions, over the past year she has been able to compete in World Cup events in Russia, Belarus, Kazakhstan and Finland, with several Top Ten finishes. In 2019 she placed first in the European Cup in Italy, and in 2020 was first at a Nor-Am Cup event in Quebec.