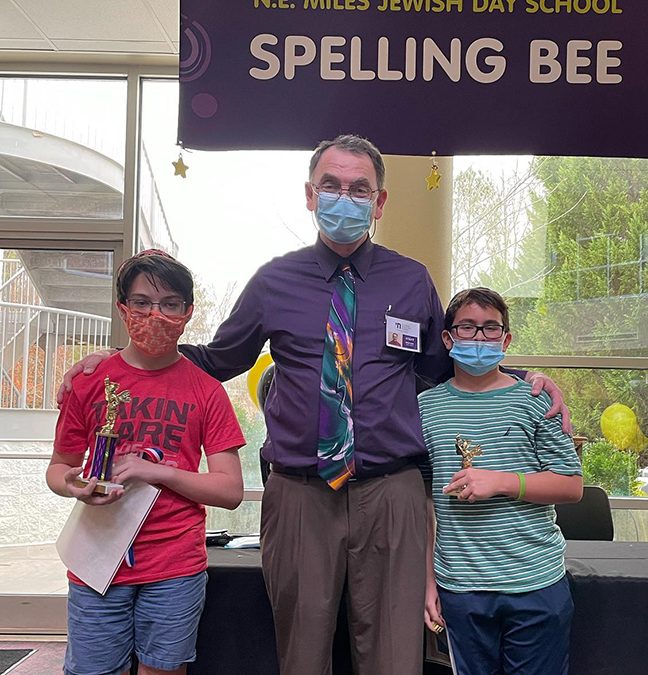 A decade ago, Brian Cain’s son competed in swim meets at the Levite Jewish Community Center. He asked someone what the building behind the outdoor pool was, and was informed that it’s the N.E. Miles Jewish Day School.

“I didn’t know anything about it,” he said, but not only does he know now, he understands “how unique it is, how much of a diamond it is.”

Cain is the interim director at the school this year, with Debra Abolafia stepping down last summer after a decade of heading the school, and as a search for a permanent successor continues.

Two years ago, Cain stepped down after 12 years as principal of Simmons Middle School in Hoover. Last year he was a facilitator for the Hope Leadership Academy, through the Hope Institute at Samford University.

Before heading Simmons, he spent 13 years teaching math, psychology and sociology at Vestavia Hills High School, then was assistant principal at Hoover High School for three years and principal of Crossroads Alternative School for two years. He also has a master’s degree in counseling.

But it wasn’t just the parents and teachers that impressed him. During the school day, “I try to walk around a lot and be the eyes and ears.”

He said the “level of debate and discussion” among the students in class “is high-brow” and shows a level of confidence in their abilities.

The Day School isn’t “regurgitational teaching” of learning material and just being able to repeat it, it is much more hands-on and developmental, understanding the concepts. “Our kids have a lot of confidence intellectually” with a sense of “I know my stuff and I can talk about it.”

With larger classes in public school, that style of teaching isn’t always possible. “You can’t have 25 in Algebra or trig and have them all speak all the time.” With smaller classes, each student contributes to the discussion on a regular basis. “I love that about our school,” he said.

When he started at the Day School, he had very little knowledge of Judaism, and wanted to be sure not to inadvertently cause offense. “I’ve learned probably one one-thousandth of what I need to know, but I have learned how to ask questions,” he said. He has found “there’s so much more that unites us as human beings than we realize.”

But while there is so much that unites people, he has become convinced of the unique value the Day School provides in providing students with a deep sense of who they are, making it easier to navigate a diverse world.

At the start of the year, he indicated that a priority would be building enrollment, which currently is currently around 50 students from Kindergarten to 8th grade.

What the students learn in “these deep formative years, they are life-long, life changing attributes,” Cain said.

If parents want their child to be “a good strong Jewish person, where else are they going to get that? It can happen outside the Jewish Day School, but it’s harder.”

He added, “It’s not going to happen at Hoover High School.”

“If you want that, why aren’t you coming here?” he asked.

He said the Day School has to be on the radar of more Jewish families, and he is confident that “if they were to spend an hour in the classroom, they wouldn’t leave without registering their child.”