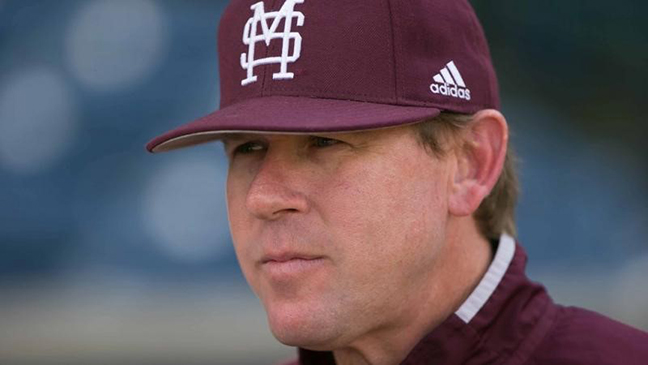 Mississippi State University athletic director John Cohen is a distinctly Southern Jew — and proud of it.

Growing up in Tuscaloosa, Cohen clung to his Jewish roots, even when it was not easy, and today takes pride in being one of the Southeastern Conference’s most visible Jewish personalities.

A former MSU baseball coach, Cohen has had much success in the athletic arena, especially during his current stint as the school’s athletic director.

According to the university, Cohen has overseen “arguably the greatest era in Bulldog athletics history,” highlighted by a 2021 College World Series Championship, the school’s first national title in any team sport. Since Cohen became athletic director in 2016, 44 Mississippi State teams have advanced to NCAA postseason play, including a school-record 13 during the 2018-19 athletic year.

In a recent Zoom chat, though, it was Cohen’s commitment to his Jewish identity and support that he and his wife Nelle provide for Jewish students at the Starkville campus that were the focal points of the conversation.

Cohen, whose parents were educators — his dad was a University of Alabama professor and his mom was a high school teacher — grew up in a home where Judaism played a prominent role.

Even today, at the age of 55, he reflects on his Bar Mitzvah and the impact it had on him.

“I still view my Bar Mitzvah as a huge moment in my life, a seminal moment. At age 13, I was called upon to convey a message. For a 13-year-old to have to do that is an incredible opportunity — and reflects that in Judaism everything has a purpose.”

Growing up Jewish in the Deep South, however, was not always easy for Cohen.

“As a Jewish kid in the Deep South you lead two lives, especially as an athlete. You are part of the larger group but apart from the group and you’re going to hear antisemitic comments — especially if the name on the back of your jersey is Cohen.”

Still, he wouldn’t trade being a Southern Jew for anything.

“I don’t believe antisemitism is exclusive to the South.  I think growing up in the South far outweighs the negatives of antisemitism.  The South is not perfect, it’s not cleansed. But things certainly are better than they were in the 1960s and 1970s.”

His pride in being a Southern Jew lends an extra dimension to the life that he and Nelle, who converted to Judaism, have carved out for themselves in Starkville as perhaps the city’s and university’s most prominent Jewish couple.

In Starkville and in Mississippi in general Cohen feels totally comfortable as a Jew, even though there are only an estimated 1750 Jews in the state and an estimated 25 Jewish students and 10 Jewish faculty at MSU.

Cohen sees Mississippians in general as open, charitable and accepting of others and more diverse than people might imagine. Moreover, because it is such a religious state, he believes people tend to respect the Cohens for their commitment to their own faith.

John and Nelle embrace their roles as Jewish leaders with enthusiasm and pride.

“Prior to Covid, we had an annual tradition of enjoying a dinner at their house, which was a great opportunity for our Jewish students to connect with both John and Nelle as individuals, as fellow Jews, and as university officials.”

The Bulldog athletic director and his wife regularly field calls from throughout the country from parents and prospective students asking what it’s like to be Jewish at MSU. Their answer is positive.

“I think this is a very supportive place — not just for Jews but also for people of all backgrounds,” said Cohen. “I have always felt that way, even when I first came here at age 19 after transferring from Birmingham-Southern College.”

This baseball player turned coach turned athletic director has worked at other schools over the years and also played minor league baseball.  Yet in the end, it’s maroon and white — MSU’s colors — that captured his heart long ago and continue to course through his veins. His roots in Bulldog athletics run deep.

Cohen played baseball at MSU from 1988 to 1990 and played on the school’s 1990 College World Series team. In 2008, Cohen, who was baseball coach at the University of Kentucky, was named baseball coach at his alma mater, posting a 284-203-1 record in eight years before becoming athletic director, with five postseason appearances including runner-up at the College World Series in 2013.

Starkville has been a great fit for this outgoing, down-to-earth Tuscaloosa native.  He has built an outstanding resume as a coach and athletic director and found a home where he can be a proud Southern Jew and pursue his passion for sports in what is considered the best college conference in the nation.

One of the SEC’s other prominent Jewish personalities is Auburn University basketball coach Bruce Pearl.  Cohen and Pearl feel a connection to each other.  On those Saturdays in the fall when Auburn and MSU meet on the gridiron, the two typically cross paths and wish each other a “Good Shabbos.”

Today, sports and Judaism blend nicely for Cohen. In both athletics and Jewish life everything has a purpose, as he said about Judaism while reflecting on his Bar Mitzvah.

And it is in sports these days that he sees a higher purpose — and a powerful venue for Tikun Olam, a Jewish principle that calls on Jews to dedicate themselves to healing the world.

“Sports are now much more than sports. At this divided time in our country, sports are a bridge.  Once their favorite team is on the field, the vast majority of fans no longer care about political, racial or religious differences. The person sitting next to you becomes your friend.”