Amid anxiety, antisemitism study may have silver lining 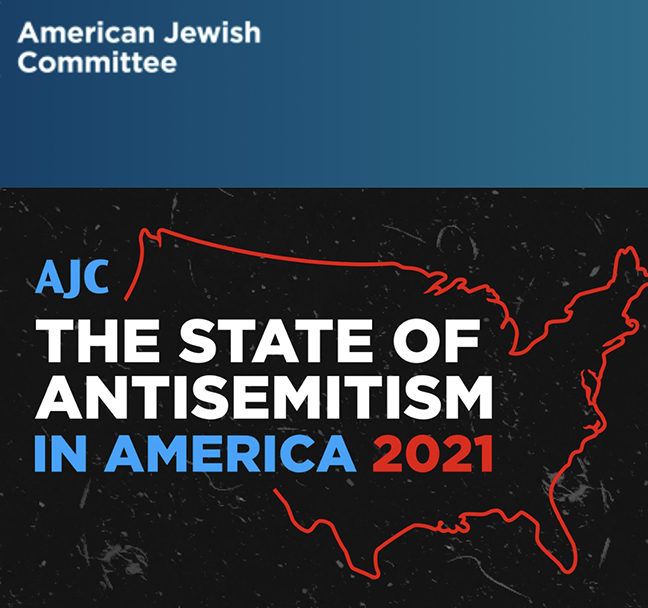 A jarring new study on antisemitism may include a silver lining.

That’s how Dov Wilker, Southeast regional director for the American Jewish Committee, sees the results of a recent survey his national organization did on what he and many others see as growing hostility and hatred toward Jews in the United States.

The results from Wilker’s Southern region, which includes Alabama, Mississippi, Louisiana, Tennessee, Georgia, North Carolina and South Carolina, do not differ significantly from the national data.

Jews throughout the South, like American Jews in general, believe antagonism toward Jews is increasing. Many have personally witnessed or been the target of antisemitism and some have become inhibited about expressing their Jewish identity publicly.

These are serious and significant trends, and represent a departure from the relatively comfortable and hate-free lives that Jews in the South and elsewhere in the U.S. have enjoyed for decades.

One in Four Targeted

Among other findings, the study showed:

These findings were most recently underscored by the Jan. 15 hostage-taking incident at a Texas synagogue.

“We are breathing a deep sigh of relief that all of the hostages were safely rescued at Congregation Beth Israel,” said Wilker. “This is yet another reminder that the Jewish community is on edge because of the rise of antisemitism.”

The American Jewish Committee attributes the dramatic increase in hostility and hatred toward Jews to three broad causes: the growth and growing prominence of the radical right, which harbors antisemitic attitudes and has a growing Internet presence; Islamic radicals who promote hatred of Jews and Israel; and far left groups that demean Israel at every turn, singling out the Jewish state for hostility and criticism that is often unfair and inaccurate.

In addition, history shows that antisemitism tends to increase at stressful political, social and economic times — all of which the U.S. is facing today. People who are angry and feel disenfranchised often look for a scapegoat.

Frustration caused by the Covid pandemic coupled with the radioactive political divisiveness coursing through the country has put the U.S. in an emotional straitjacket, and there are signs, especially on social media, of growing scapegoating of Jews.

In a recent op-ed, Wilker wrote “Sadly, 26 percent of Jewish people who live in the South have avoided in the last 12 months publicly wearing, carrying, or displaying items that might help people identify them as Jewish.”

Through the fog of it all, though, Wilker, a seasoned Jewish community leader, sees a possibility.

The study showed that about two of three Americans actually know Jews but that a third don’t, something Wilker sees as fertile ground for both his organization and himself personally.

The American Jewish Committee study also revealed a correlation between levels of antisemitism and lack of interaction with Jews. “Put simply, we want people to know more Jews,” said Wilker. “If someone knows at least one Jewish person and has a relationship with that person, their level of antisemitism tends to drop dramatically.”

He pointed to a recent news story on a project in Germany that could serve as a model.

The story, which ran in the Wall Street Journal,  was headlined, “‘Meet a Jew’ Program Aims to Tackle Rising Anti-Semitism in Germany” and described the project as “a new program that seeks to fight stereotypes by inviting some Germans to meet Jews for the first time.”

Wilker, a veteran American Jewish Committee leader, is capitalizing on this survey finding by displaying his own Jewish identity more publicly than in the past.

Speaking at a rally against antisemitism sponsored by the Birmingham Jewish Federation last June, Wilker explained that he now wears a kippah regularly, not only to be identified visibly as a Jew but to create conversations, particularly with those who’ve never met a Jew.

As he explained in his article, “While it is a religious practice, it is an easy identifier so that people will know that I am Jewish. My kippah serves as an educational opportunity to the non-Jewish community to inquire about Judaism — our practices, rituals, history and culture, all of which is infused by 2,000 years as a diaspora community.”