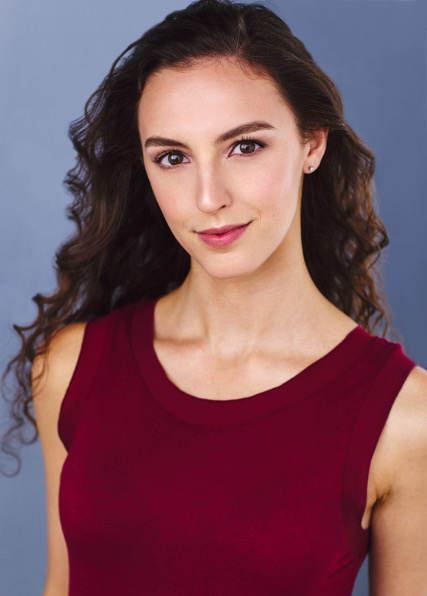 Growing up the daughter of her synagogue’s musical director and being enchanted by a national Broadway touring production of “Cats” when she was just 11 years old, Elana Valastro knew she wanted to pursue a career in musical theatre.

When the “purrfect” opportunity came to audition for the current national Broadway touring show of “Cats” – coming to Birmingham Feb. 17 through 20 – Valastro felt that it was kismet.

“Cats was always one of my mom’s favorite shows and I was hooked when I first saw it,” said Valastro, who is a swing for five different parts in the show. “When I auditioned and got a part it felt like such a beautiful, full-circle moment.”

She grew up in Burlington, Vt. Her mother was an elementary school music teacher in addition to her musical director responsibilities at Temple Sinai. Her dad was also a videographer and a location scout.

“I grew up in a very creative family and they were very supportive of my artist endeavors,” said Valastro, who would be a part of some of her mother’s musical productions, in addition to her own school productions and dance recitals. “I was in ‘The Sound of Music’ when I was five years old and I’ve been involved in (musical theatre) ever since.”

She was Bat Mitzvahed in Burlington and her family is still very involved in the community.

During one of her summers while at Cornell University, Valastro had the opportunity to travel to Israel and study with the Kibbutz Contemporary Dance Company. She would go on to graduate from Cornell University in 2017 with a degree in Performing and Media Arts.

The day after her graduation she started working with a regional summer stock theatre for a few months and then moved to New York City in hopes of making her Broadway dreams come true.

She worked on a couple of other productions in the New York City area and then was set to start a professional theatre production in Florida. A few hours before the first show in mid-March of 2020, they announced it was shutting down due to the pandemic.

“I left my apartment in New York and went back home to Vermont,” she said. “I helped my mom with some of her musical teaching projects and productions then sent in audition tapes in June of 2020 to the national touring production of Cats.”

It would be more than a year until she would find out she would be a part of the production. “I got the call in August of 2021 and we started rehearsals right away. It was a quick turnaround but I was so happy. It was something I had wanted for so long.”

Valasco said she has enjoyed being a part of such an iconic show and being able to travel around the country for the first time. “This will be my first time visiting Birmingham and I’m so looking forward to it.”

Already during the tour, she has played all five of her characters — Rumpleteaser, Demeter, Bombalurina, Sillabub and Tantomile. “It has certainly been a challenge to play five very different characters at various times, but it is one I have embraced,” she said.

Since its world premiere in London’s West End 1981, “Cats” has been loved by more than 75 million people worldwide. The Tony Award-winning Best Musical by Andrew Lloyd Webber held the title of the longest-running musical in Broadway history until it was surpassed by Webber’s “Phantom of the Opera” in 2006.

The original Broadway production closed in 2000, and the show returned to Broadway in July 2016.

“Our show resembles the 2016 revival,” said Velasco. “It captures the magic of the original while bringing some new life into the show. There is such beauty in ’Cats.’ That’s why it has been so enduring for so many years.”