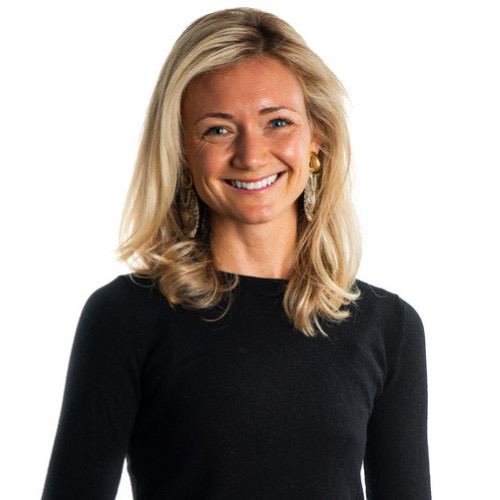 Chelsea Hylton has been named the new director of the Sherry and Alan Leventhal Family Foundation Center for Interfaith Families.

Launched in 2020, the Center for Interfaith Families is an in-house initiative of the Jewish Federation of Greater New Orleans, designed to foster a broader and more inclusive Jewish community through programs and community partnerships for families and households who identify as interfaith regardless of age, observances, and where they fall on the Jewish spectrum.

In December, the Leventhal Center announced a partnership with 18Doors, a leading national organization which creates interfaith space and programming outreach.

“The Leventhal Center for Interfaith Families presents an incredible opportunity to build, cultivate and nourish a foundation of support for generations of New Orleans interfaith families,” said Hylton. “As a partner in an interfaith marriage and as a new parent raising our child in the Jewish community, I am eager to work toward fulfilling a need that I have sought to fill for my own family and can support many others,” she said.

“Chelsea Hylton is such an exciting hire as the director of the Sherry and Alan Leventhal Center for Interfaith Families — and we couldn’t be happier,” said Leventhal Center Co-Chairs Teri Hunter and Alex Gershanik. “She is an extraordinary human being and her work in starting and growing the non-profit Peaceful Warriors highlights her skill as an inspiring, visionary leader.  Added to her professional skill set is her personal warmth, good humor, intellect, creative and collaborative spirit, and the fact that she is a part of an interfaith family herself.”

“New Orleans is deeply pluralistic — and we see that in the number of interfaith relationships and families included in our own Jewish community,” said Arnie D. Fielkow, Federation CEO. It’s important that we create a space which is ever evolving to serve the unique needs of a changing Jewish and interfaith community, and we’re thrilled to see how Chelsea guides the Leventhal Center moving forward.”

According to the Pew Research Center’s Jewish Americans in 2020 report, the rate of interfaith marriage among non-Orthodox Jews is 72 percent. Almost half of Jewish adults aged 18 to 29 are products of interfaith families, and according to Pew, are more likely to form their own interfaith households as well.

Originally from Alexandria, Va., Hylton also lived in Charleston, S.C. where she received her B.S. in physical education at the College of Charleston.  With almost a decade in New Orleans, she brings an extensive background in non-profit management and education to her role with the Federation.

Upon moving to New Orleans in 2014, she served as both a K-12 enrichment and middle school English teacher. In 2016 she founded Project Peaceful Warriors, a non-profit which supports healing-centered learning spaces in New Orleans through trauma-informed yoga and mindfulness. As founding director, she grew the organization to serve over 30 schools and community-based organizations, reaching over 15,000 young people and 5,000 educators in the Greater New Orleans area.

During this time, she collaborated with the Tulane School of Public Health and Tropical Medicine to measure program impact, and her work was published in the Journal of Psychology Research and  Behavior Management.

Hylton is a graduate of the Jewish Federation’s Katz-Phillips Leadership Development class of 2019-2021, during which she built strong and lasting connections to the New Orleans Jewish community.  Her community involvement also includes facilitating postpartum support groups with The Fourth Trimester and Beyond, an initiative of Tulane’s Psychiatry Clinic. She is currently in the process of completing her Healthy Birth Ambassador training through Healthy Birth Louisiana, a lasting innovative, culturally-specific intervention to reduce poor birth outcomes in the state of Louisiana and beyond.

“I look forward to getting started with outreach, building and co-creating guiding resources and opportunities that reach across generations to deepen individual and family connection to Jewish life, and in turn building a stronger community together,” Hylton said.