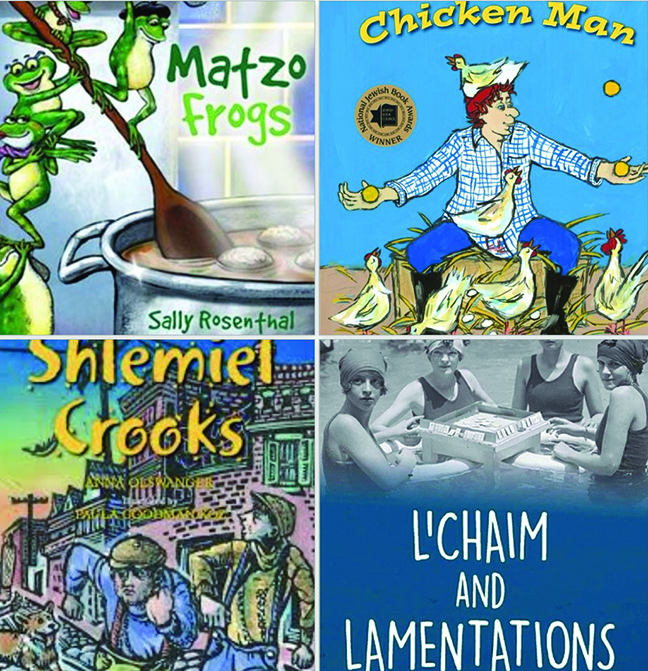 Montgomery’s Suzanne La Rosa loves a good story. So it’s only fitting that her life is a story unto itself.

After all, it’s not often that you meet an Italian Catholic woman, who grew up in a Jewish neighborhood in New York City, and who would wind up moving to the Deep South to co-found a mission-driven publishing company, NewSouth Books, that, among its offerings, would feature a series of Jewish-themed books for adults and children.

In fact, it was that New York upbringing in the 1960s and 1970s that instilled in La Rosa an appreciation for Jews and Judaism that has played a role in her publishing career.

“I grew up in a Jewish world in New York City — a Jewish community where my closest friends were Jews. So these stories resonate with me,” she explained.

“At NewSouth Books we’ve published books that conjure up for me many people I knew who were first generation Jews and we’ve shared stories that reflect their culture and language. As I read the words of those books I am carried back immediately to my growing up years.”

La Rosa, who uses Jewish terms such as “mitzvah” and “shul” and “shlemiel” so naturally that you tend to forget she’s not Jewish, speaks with passion and pride regarding NewSouth’s commitment to tell Jewish stories.

In a recent Zoom chat, this warm and engaging transplant rattled off a diverse array of Jewishly significant books that the Montgomery-based publishing company has produced. 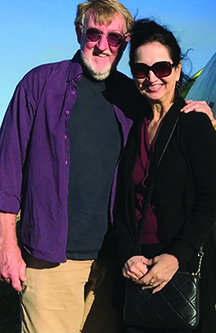 Publishing such books fits perfectly with the mission of the company La Rosa co-founded 22 years ago with her partner in business and life, Alabama native Randall Williams. “We are interested in telling the stories of others, particularly those who have been marginalized or whose voices have been scattered,” said La Rosa.

“Our mission is to publish books that foster awareness of racial, ethnic, religious and political identities. We look for books that ultimately address topics relevant to these goals,” she added. “Part of the rationale for us publishing Jewish-themed books is that these stories, particularly in the South, have not been adequately told.”

Though NewSouth publishes nationally and has readers from all regions of the country and beyond, the South is the company’s primary marketplace.

As a result of NewSouth’s Jewish offerings and her familiarity and comfort with the Jewish community, La Rosa and NewSouth have become well-connected in the Jewish world.

The widely-acclaimed PJ Library initiative, which provides free age-appropriate Jewish books to Jewish children, has sent out NewSouth’s books over the years.

Her company’s Jewish-themed books sell well, according to LaRosa, and often well-received by readers who aren’t Jewish because of the universal messages they convey.

La Rosa was asked how she and Williams determine which books to publish.

“We get a lot of submissions, books with Jewish content and others. The process of selecting a book to publish has become intuitive. I guess you can say we’ve developed an educated eye,” La Rosa explained.

“We can spot the ones where the proposal is intrinsically interesting, the voice is strong, the writer has good credentials, and the overall presentation is superior to what we typically receive. We are always looking for that one — it’s like cream rising to the top.”

NewSouth also is the publisher of the recent book “Behind the Magic Curtain: Secrets, Spies, and Unsung White Allies” by Birmingham’s T. K. Thorne. The fascinating book recounts the significant and multi-faceted ways that Birmingham’s small Jewish community helped advance the cause of civil rights for African-Americans.

Thorne, who is Jewish, described La Rosa and Williams as “passionate professionals who want to give the world important, overlooked and meaningful stories.”

While Thorne’s comment captures the essence of NewSouth Books, the publishing house also, of course, is a business striving to be profitable. In that regard it is succeeding.

“We have been on sound financial footing for 5 to 10 years,” said La Rosa. “I am not worried about keeping the lights on. We pay our authors and put money back into the business.”

She and Williams also have become wealthy — not financially, but in another sense.

“We have become wealthy in terms of relationships — these are real signs of success. It comes down to our relationships with our authors. We value these people who are interesting, talented, and have something to say.”

Here are some of NewSouth’s adult and children’s books with Jewish themes, with summaries taken from New South’s descriptions:

“L’Chaim and Lamentations” by Craig Darch. This is a collection of seven, richly layered stories that tackle not only the question of what it means to be Jewish but also what it means to be human, exploring universal themes of companionship and loneliness, faith and perseverance.

“From Brooklyn to the Olympics: The Hall of Fame Career of Auburn University Track Coach Mel Rosen” by Craig Darch. This book follows legendary Auburn University track coach Mel Rosen from the streets of Brooklyn during the 1930s and ‘40s to his selection as head coach for United States track and field for the 1992 Barcelona Summer Olympics.

“Matzo Frogs” by Sally Rosenthal. When kind-hearted Minnie spills the matzo ball soup she was making for Shabbat dinner, the frogs who live in a nearby pond spring into action. They decide to save Minnie’s Shabbat by making a new pot of soup while she is out — a mitzvah from one neighbor to another.

“Alef-Bet: A Hebrew Alphabet Book” by Michelle Edwards. This book is a child’s introduction to modern Hebrew; but more than that, it is a joyous portrait of a very special family. Its heroine, Gabi, shares in the activities of five-year-olds everywhere; she dances, she pretends, she dresses up, she helps with the baby.

“Chicken Man” by Michelle Edwards. Rody is in charge of the chicken coop on the kibbutz where he lives in Israel’s Jezreel Valley. He loves his job so much and makes the work seem so delightful that everyone wants a chance to tend the brood.

“Shlemiel Crooks” by Anna Olswanger. This is a charming folktale story about Reb Elias and the thieves who try to steal his Passover wine. Based on a true story, Shlemiel Crooks is an imaginative introduction for young children to the history of Passover.

“Greenhorn” by Anna Olswanger. This is a story of a young Holocaust survivor who arrives at a New York yeshiva in 1946 where he will study and live. His only possession is a small box that he never lets out of his sight.

“Golemito” by Ilan Stavans. This is the story of how a couple of Jewish boys in Mexico City confront bullying by creating a Golem, the mythical creature of Jewish folklore.

When Anna Olswanger learned that the book “Maus” had been banned by the McMinn County Board of Education in Tennessee, she decided to make her own Holocaust novel for children, “Greenhorn,” available as a Goodreads giveaway.

Olswanger hopes that her book “will find its way into the hands of young readers who may never have heard of the Holocaust, or even met a Jew,” she explains. As a native Tennessean, this offer has special meaning for her.