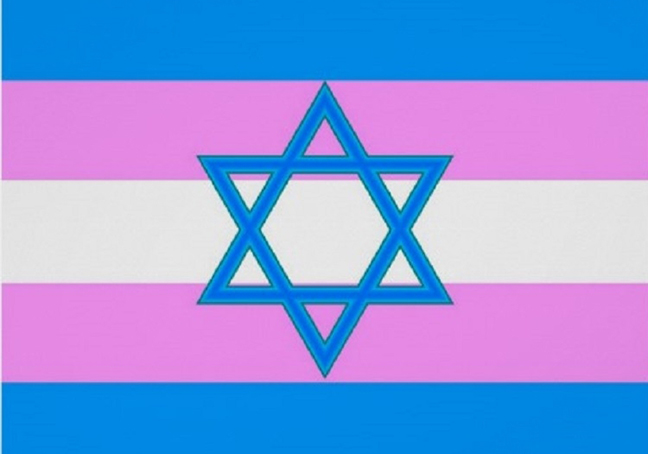 Let’s call him Bobby. It once was Barbara. He was assigned female at birth. As he came of age, it didn’t fit.

It didn’t make sense to him.

A desire to become male was coursing through him — igniting a tortuous fire in his heart, mind and body.

“What’s wrong with Barbara?” his parents pondered, trying to figure it out.

The child, born into one of the Deep South’s rooted Jewish families, behaved more like a boy than a girl, based on how our culture thinks about gender, from his toddler days until age 10.

Tomboy? Maybe, his parents thought. Though their child couldn’t express it, they knew something was different.

That pendulum of Bobby’s gender confusion swung back as he entered his teens. From then until college, growing up in a small, politically conservative town, he presented himself as female, wanting to fit in.

It didn’t work. It was awkward. More confusion. Which would lead to depression, anxiety and rebellious behavior, alienating him from his parents.

“At first, I thought I was just experiencing the inner turmoil, changes and anxiety that many female teens go through. That’s the only thing I could figure out. But as I sank within myself, I began to sense something deeper was happening.”

Others also sensed there was something different about him.

Female peers misunderstood him, and teachers treated him in a way that made him feel uneasy. “I thought people were treating me that way because I was Jewish,” he said, a gentle smile creasing his now-masculine face. “I was so confused. I couldn’t see what was right in front of me.”

As a senior in high school, he listened to other students talking about what they hoped to be doing 15 years later. He had no aspirations. Because he had no hope. His only goal was to get through the day.

Off to college he went, as Barbara from the Deep South. He found a school in another part of the country, a large metropolitan area where he and his folks thought this burdened youth had a better chance of finding his place.

There it began to click. Bobby became a gender studies major. He came to realize that other cultures have concepts of gender that are more diverse and nuanced than the male/female definition that frames gender identity in Western society.

He recognized that he’d spent his entire life journeying from his identity at birth as female to who he truly wanted to be — a male.

It was liberating; a defining moment for a young person hungering for tranquility, fulfillment and a chance to dream about the future. “It was like being told I was left-handed and being forced to write left-handed to no avail. Finally, I could write with my right hand.”

He began by binding his breasts — to flatten and hide them, a common first step for a female transitioning to male.

The decision to embrace a new gender identity was not something his parents fully understood. They also worried that he was making irrevocable decisions at too young an age.

“I love my parents deeply. They tried to understand and be supportive and have made great strides. But once I made the decision to transition, there was no turning back,” said Bobby, now in his mid-20s.

He began hormone therapy and underwent a double mastectomy. Hormone injections, which he continues weekly, have deepened his voice, given him body hair and rounded his facial structure to create a more masculine appearance.

Talking to him on Zoom, as comfortable as he is with his decision, there is a sadness in him. “I’d like to move back to the South to be closer to my family. But I know my life there would not be easy given the religious attitudes and politics surrounding the transgender issue.”

Today, living far from his hometown, Bobby takes pride in being part of two communities. He’s involved with the transgender community and lives in a Jewish neighborhood.

That neighborhood gives him comfort and a sense of cultural Judaism greater than he ever could have experienced in his hometown. There are some intriguing moments.

Many Jews who live in his neighborhood are Orthodox. Among the traditions they follow is that men do not touch women other than their wives. Bobby knows if they knew he was transgender, they would shun him.

His dilemma is whether to shake hands with his Orthodox neighbors when they extend their hands in friendship. In other words, as the saying goes, “It’s complicated.”

Bobby has another challenge beyond not shaking hands. He is what is known as “stealth transgender” — not everyone knows he has transitioned, particularly people with whom he works.

“Though I’m in a progressive city, I work with a lot of blue-collar people who I believe would never accept a transgender person as a friend. I keep my story hidden.”

As the Zoom chat ends, Bobby is asked if he wants to add anything.

“I want people to understand this is not an easy journey. Transgender people do not choose it readily. Transitioning is a difficult path that comes after a long struggle and often causes great pain for families.”

He then makes a request. “Before people make judgments about transgender people, I ask that they talk to one of us, just once.”

(Bobby is not the real name of the person interviewed for this story. His name was changed to protect his privacy.)