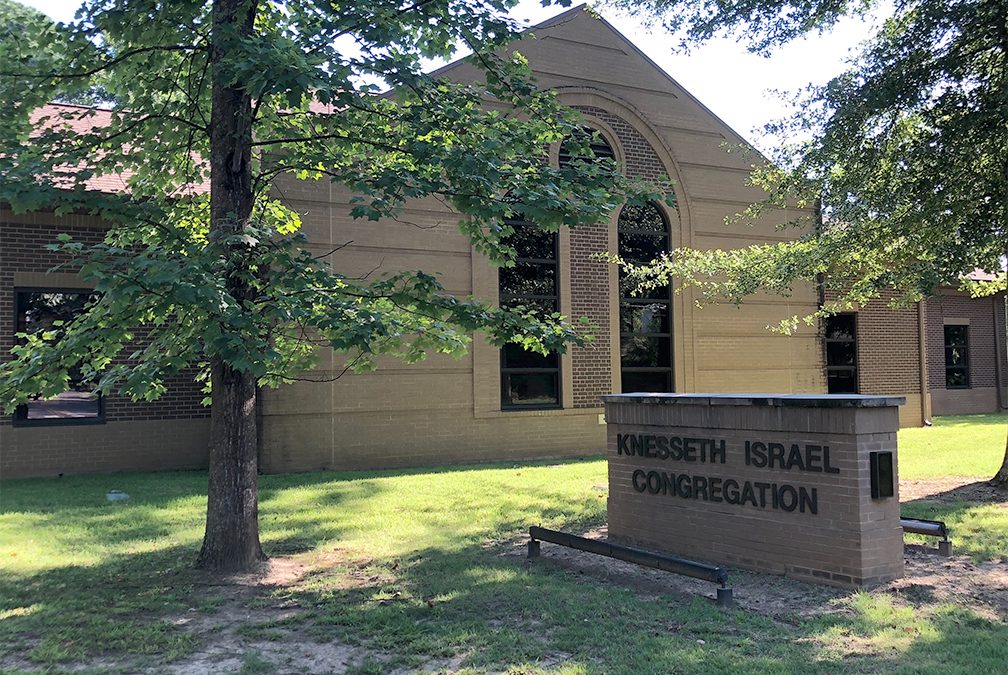 After years of uncertainty, Birmingham’s Knesseth Israel is finally moving on to its next chapter, with the sale of the building it has called home for the last 15 years.

The congregation is vacating the Overton Road property at the end of the month, following the sale of the building to the city of Mountain Brook. The fire department will be taking over the site.

The building became known as the Fred and Brenda Friedman Center for Jewish Life when it was purchased by the Friedmans and Jimmy Filler in 2013 after the bank had forced it to be put on the market. Knesseth Israel remained in the building under a special arrangement until it could be resold.

The Mountain Brook City Council approved the $2.5 million deal at its June 13 meeting. As part of the deal, the lease to KI is terminated so the city will take over the 18,000 square foot building unencumbered, and KI has the right to remove its personal property. The stained glass window in the sanctuary is specifically mentioned.

A lot of fixtures and furniture have been listed for sale online.

Knesseth Israel will move into the rabbi’s house, just down the street. President Jack Hasson noted that “a lot of Orthodox congregations across the nation function out of houses, and it’s not unusual.”

The congregation is vacating the building at the end of the month, and will hold its first service in the house the first weekend in August.

The sale puts the finishing touches on a decade-long saga, as the congregation was unable to sustain the new building. There have been several attempts to sell the property over the years, all of which fell through.

Hasson said the move is “a blessing in disguise” for the congregation, as it will allow them to focus on their core activities, rather than spending their energy trying to maintain a building it could not afford.

As part of the restructuring over the years, the congregation made sure that the rabbi’s house was separated from the building, and that it is owned by the congregation, free and clear. The house is listed at 5,736 square feet.

The upstairs great room is being set up as a synagogue, and the dining room and breakfast nook will host onegs “and anything we need to do with a large group… it is large enough where we can entertain and do events.” An additional small room will serve as the business office, and the rabbi’s personal living space will be further upstairs.

They will also have some storage areas for items the congregation wants to keep for down the road, and for their historical items.

“We can go for years like this” in the house, Hasson said.

A major benefit is that “our costs have suddenly been reduced tremendously,” such as insurance on the large facility, heating and air conditioning, and maintenance. “All of those things go away,” he said.

The congregation will use funds dedicated to maintaining the building “toward programming, bring speakers in and do things to benefit the whole community.”

Hasson said “our role is to keep the flame burning for traditional Judaism and modern Orthodox Judaism in Birmingham.”

The congregation has around 30 to 40 members, and Hasson said there are a lot more associate members and donors who care about the congregation and want to see a continued Orthodox presence in Birmingham.

Throughout the region, Hasson said that kind of support will become more important in the future. “It’s important that everybody think about that and support every Jewish institution.”

Founded in 1892 as the city’s first Orthodox congregation, Knesseth Israel was the last of the city’s congregations to leave the “old neighborhood” on the Northside of downtown Birmingham, moving to Montevallo Road in 1955.

In 2004, after years of maintenance issues in structures originally intended to be temporary, the congregation started a rebuilding project, but problems with that property and a lack of affordable housing for young families within walking distance caused them to start looking elsewhere. They voted in December 2005 to move to Overton Road, dedicating the new building in 2007.

The congregation, then with 100 member families, raised $5.4 million for the new facility. The real estate collapse of 2008 hampered the sale of the Montevallo Road property, which ultimately brought in far less than was anticipated. That, combined with other factors, led to an announcement in the summer of 2012 that there was $3 million still owed to the bank on what had become an $8 million project.

The project’s cost exceeded that of two other similar-sized or somewhat larger regional congregations that were built around the same time — Beth Israel in Gulfport and Beth Israel in Metairie, both of which were replacing buildings made unusable by Hurricane Katrina and its aftermath.

After negotiations with the bank, in 2012 the KI property was put on the market for $5.5 million. After a year on the market, the “for sale” sign came down as the Friedmans and Filler bought it.

As part of the arrangement, Knesseth Israel would remain in the building, which was also made available for other community groups. Temple Beth-El used it as an alternate religious school location, and when Collat Jewish Family Services started its CARES program in 2015, it was housed there.

In 2016, the property went back onto the market, as KI’s then-president Ken Ehrenberg stated the building had become “a financial burden to its owner.” The congregation had also realized that the expenses of being in such a large facility were also unsustainable, and moving the congregation into the rabbi’s house would help the congregation’s budget.

Some in the community wanted other local Jewish institutions to consider purchasing the building. Temple Beth-El did a study, but decided the facility did not meet its needs.

With the uncertainty over how long it would take for the building to sell, Beth-El stopped using it as a satellite location, and the CJFS CARES program moved out in 2018.

After a couple of sales fell through, in July 2018 the congregation held a meeting at which it was announced that there was a potential buyer and the sale was expected to close that October, but the process was delayed by the process to rezone the property for a medical facility.

A petition was started to urge the city to not rezone the property, and in May 2019, the prospective purchaser, Grotting and Cohn Plastic Surgery, officially withdrew the zoning request.

Fred Friedman died in December 2020, and Brenda Friedman finalized the sale to the city.

Filler said that “It is so important for our community to have an Orthodox presence,” and the sale will also result in KI having some money in the bank.

Hasson said that will be paired with other donations so the congregation has “a good jumpstart for down the road,” if they eventually decide to adapt another nearby space into a synagogue.

But now, the congregation will “establish ourselves in the house,” and “if we’re functioning well in the house, there is no need to jump and do something” about another location.

If there is a local resurgence of Orthodox Judaism or an influx of new families nearby, they will be able to consider alternatives — but if they ever need to move again, “we’re not going to build anything until we have the money in the bank.”