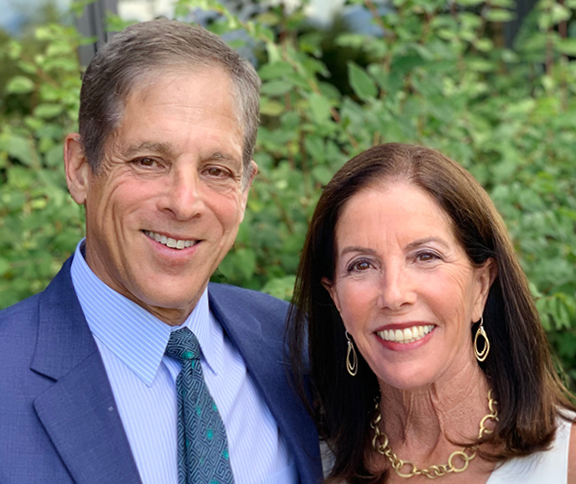 Passionate controversies from the summer of 2021 have spilled over into the normally-serene Mountain Brook City Council elections, as a slate of three challengers takes on what they are portraying as the establishment.

Three of the council’s five seats are up for election on Aug. 23. Billy Pritchard and Lloyd Shelton are running for re-election, and Alice Womack decided to retire. Graham Smith is running for the open seat.

Osband is a member of Temple Emanu-El and was publicly critical of the ADL last year, saying it was not being transparent about its curriculum, which has been used to teach tolerance in schools nationally for decades.

After a May 2020 video of students drawing swastikas on another student went viral, a diversity committee was formed to address longstanding issues of antisemitism in Mountain Brook schools. A plan was established to introduce the ADL’s No Place for Hate curriculum, and do teacher training on diversity.

In June 2021, a new group, MB Families, suddenly emerged to express concerns over the ADL training, accusing the ADL of being partisan and extreme. The arguments were made with the backdrop over national controversies about critical race theory, and the growing tendency in some schools to categorize students into various groups, some of which are privileged and some of which are oppressed by the privileged.

A booklet distributed by MB Families led to contentious public meetings with some accusing the city of trying to ignore the long-standing problems of prejudice and harassment in the schools, while others demanded that the city apologize for the “damage” done by the ADL training.

While the school system said it would develop its own training to deal with the issue, it was soon overshadowed by the question of when and how the schools would reopen at the end of the summer due to Covid, and another bruising ideological battle over requiring masks in classrooms.

The passion and division of last summer’s battles was rekindled with news of the three “opposition” candidates running. The city council appoints members of the school board, and that has become one of the defining issues in the race.

Noting that the election has been a major topic in the community, Rabbi Adam Wright of Temple Emanu-El said the job of Jewish leaders is “to diffuse the tension” and encourage everyone to not engage in Sinat Chinam, baseless hatred that can come from political passion, regardless of one’s political leaning.

A widely-circulated email by Ralph Yielding referred to the three as the “Grievance Opposition Candidates,” and a flyer circulating on social media comparing the candidates has photos of the incumbents and Smith, while instead of photos of the three “opposition” candidates there are images of some of the Jan. 6 Washington rioters.

While the rhetoric has heated up, Osband says he wants to be a “conscientious objector to the culture war” and urges everyone to “calm down. There are so many real big issues to worry about.”

Rather than just looking at other public schools, Mountain Brook should be comparing itself to places like Indian Springs or Highlands Day, local private schools with national reputations for excellence.

He said the school board should be directly elected rather than appointed, to add accountability and transparency.

One lack of transparency and accountability, he said, was the delay in reopening Mountain Brook schools. Parents pay high taxes to support the schools, yet they remained closed during Covid while area private schools were open, and opened later than other over-the-mountain systems.

And parents have lessons to learn, he said. “We have to treat each other with respect,” and “I want to extend that culture to community political differences.”

Osband said he was “extremely left” in his youth, but as he was exposed to Soviet-style economies he had a “disillusioning” enlightenment. He also noted that the second-most antisemitic regime in Europe after Nazi Germany was the Soviet Union.

He said America has the challenge of coming together with such a wide diversity of thought. “We need things to bring us together,” which until recently included things like the flag and Independence Day.

Often, antisemitic incidents in schools aren’t from some innate bias, “it’s just that middle schoolers are mean and trying to form an in-group” through identifying an out-group, and there are many types of groups that can serve that purpose.

“Let’s be against bullying,” Osband said, and “focus on just plain ol’ manners.” The emphasis should be on teaching critical thinking skills, not a left or right ideology.

He said many in the Jewish community, stung by the ferocity of last summer’s battle over the ADL, have told him that they will not support his candidacy, and he says that’s fine. “I am not claiming to be the Jewish candidate… but I am inspired by what I think are some great Jewish traditions.”

He added that transparency, accountability and non-partisanship “serves the interests of local Jews.”