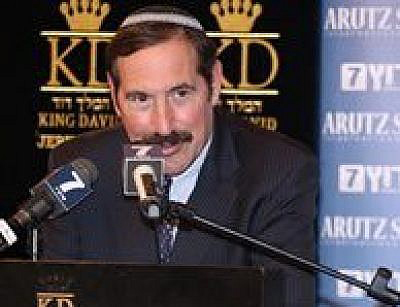 (JNS) — The Democratic Party today is moving ever leftward. Brian Robinson, however, is looking to change that. He is running for Congress in a hotly contested primary scheduled for Aug. 23 in New York’s 10th Congressional District, which comprises lower Manhattan, brownstone Brooklyn, Sunset Park and parts of Boro Park.

The campaign has been raised to the international level by leading candidate Assemblywoman Yuh-Line Niou, who has expressed support for the anti-Israel Boycott, Divestment and Sanctions movement. She said in an email, “I believe in the right to protest as a fundamental tenet of Western democracy, so I do support BDS.” 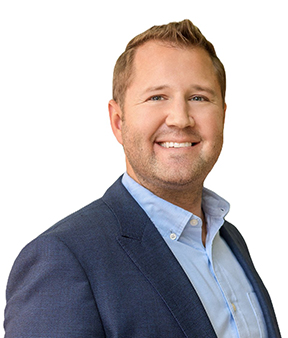 Robinson, who describes himself as a moderate Democrat, came to the rescue, blasting Niou for her antisemitic views. He told me, “BDS delegitimizes Israel’s right to exist… It is rhetoric out of the progressive caucus. It is so antisemitic, so irresponsible and so hateful.”

Anti-Defamation League CEO Jonathan Greenblatt has expressed his support for Robinson. The Jewish Press recently endorsed him as well.

Robinson told me he considers himself “a proud Jew… The Jewish people have accomplished so much. The percentage of Jews who have won Nobel Prizes is monumental. Einstein is my hero.”

He is a great friend of Israel, saying that it is a place of safety and security for the Jewish people. “We have always been a minority in a plurality these past 2,000 years,” he noted, adding that Israel provides Jews with protection from persecution and antisemitism. “I see Israel as a democracy in an area lacking democracy.”

“As Jews we must always speak up,” he asserted. “We must change the tone and the outlook. The other side of the aisle is important too.”

Robinson earned his B.A. from Tulane University in political philosophy. His father is an ophthalmologist. His great-grandparents came to America from Lithuania, Ukraine and Austria-Hungary, and his grandfathers were both veterans, with one serving in World War II and the other in the Korean War.

Before he entered politics, he ran a consumer advocacy small business called Churchill Credit Solutions, which helped small businesses and consumers with debt relief. He has a four-year-old daughter and is deeply concerned about her education and safety.

In addition, Robinson has written a book about his life with ADHD entitled Adderall Blues and is an indefatigable advocate for mental health.

Robinson sees a path to victory. If the Orthodox community in Boro Park comes out for him, he believes he can win. The crowded field only helps him, since he clearly stands out from the rest. His appeal is broad. If he garners more than 20% of the vote, he thinks it will put him over the top.

The Democratic Party has a rising star to be proud of in Brian Robinson.

Dr. Joseph Frager is a lifelong activist and physician. He is chairman of Israel advocacy for the Rabbinical Alliance of America, chairman of the executive committee of American Friends of Ateret Cohanim and executive vice president of the Israel Heritage Foundation.