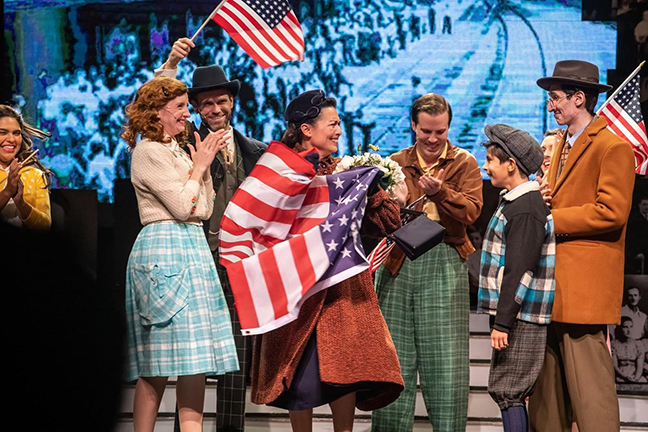 Henry Stern was born in Germany just before World War II, but the playwright of a new musical, “We’ll Meet Again,” says Stern’s life is “a uniquely American story.”

Stern grew up in Opelika and became a beloved member of the east Alabama community, known by many as “Mr. Opelika.”

The show debuted at the Historic Savannah Theatre on Aug. 19, for a run lasting to Aug. 28. Then, the cast and crew will pack up and do one performance in Opelika, at Opelika Center for the Performing Arts on Aug. 30.

The show was supposed to debut at the historic Barter Theatre in Virginia in September 2020. “Of course, the entire run was canceled by the doggone pandemic,” playwright Jim Harris said. 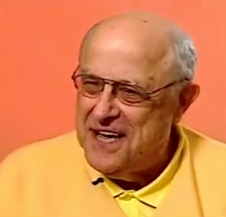 Artistic Director Richard Rose was to direct the show before he retired. He felt so strongly about the show that he agreed to direct it in Savannah. Harris approached the theater in Savannah as they had produced his 2013 show, “Civil War Voices.”

The Savannah production was originally slated for this past January, until a Covid spike caused another postponement.

Harris said the idea came from a Barter Theatre initiative, Shaping of America, looking for musicals that examined how America developed. A history buff, “I wanted to do a show based on World War II,” Harris said. Stern was a family friend, and “I knew him before I knew the backstory, and when I heard the backstory I was amazed” — and figured it could make a good musical.

He asked Stern for permission to tell his story, and the show is “inspired by” the events in his life.

In 1935, Stern’s great uncle and aunt, Julius and Amelia Hagedorn, journeyed from Opelika to visit their relatives in Westheim, Germany. Alarmed at the increasing persecution of Jews and sensing that there was trouble ahead, they tried to convince the Sterns to move to Opelika.

“They didn’t think they needed to leave, they considered themselves Germans,” Harris said. An uncle had died fighting for Germany in World War I, and they thought that legacy would protect them.

Hagedorn “had an amazingly clear view of what was happening,” and Harris says he has an old news clipping of a speech Hagedorn gave to the Rotary Club about the dangers of Nazi Germany. “I don’t think it is fair to say he predicted the Holocaust… but he knew things were going to get terrible.”

The Sterns were finally convinced, but the move was not immediate — with restrictions on what Jews could take with them, Stern’s father spent the next two years converting property and valuables to cash. The family left Germany in June 1937 on the last ship that was permitted to take Jewish refugees out of Germany. At the time, he was six years old.

When they arrived in Opelika, it was to a hero’s welcome. The mayor issued a proclamation welcoming them to the city, and beloved kindergarten teacher Louise Tollison had studied German before they arrived, so she could better teach English to the Stern children.

After high school, Stern went to Auburn University, served in the U.S. Navy and returned to Opelika, working in retail and real estate development. He was director of the Opelika Chamber of Commerce for 11 years, was a passionate historian of Opelika and received numerous civic awards.

He also spoke extensively about the Holocaust, especially to student groups. Stern died in 2014.

Harris, who traveled to Stern’s hometown while doing research for the project, said Stern was “an original,” and not only did his family benefit by moving to Alabama, Opelika also benefited as he “became one of the town’s most beloved and leading citizens.”

“We feel so fortunate to finally have this show premiere, and to see the way audiences respond to it,” Harris said, noting that the audience has included all ages, and “we’ve had good reports from high school students who have seen it,” as well as a “passionate response” in general.

Many of Stern’s family members have seen the show, including his two children at the Savanah premiere.

They hope to “get the show up on its feet” beyond this initial run. It contains music from the World War II era, arranged by noted concert pianist and composer Mark Hayes.

The show also reveals “an amazing discovery Henry made about his family late in life,” something that “provides a bookend to his story.”

But to find out what that is, Harris laughed, you need to buy a ticket and see the show.

“There’s a lot of tough moments, a lot of moments that are hard to deal with,” Harris said, “but on the other hand, this is ultimately a celebration of life.”