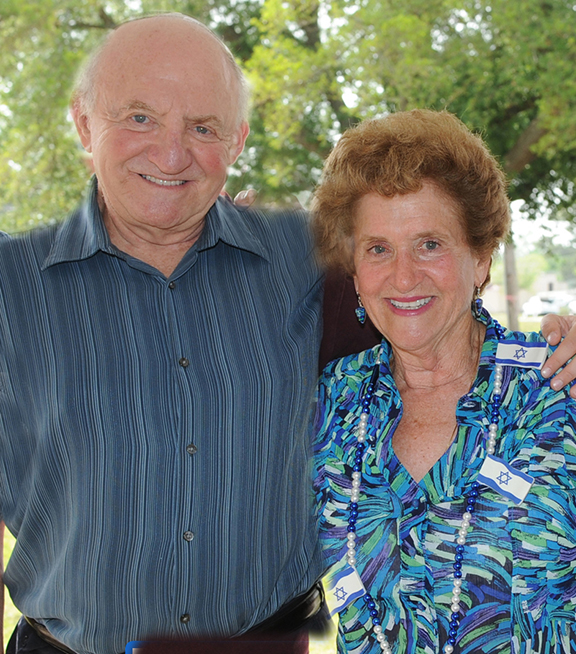 The Ben Katz Post 580 of the Jewish War Veterans will honor the memory of New Orleans community leaders Jacqueline and Sol Gothard with a series of activities over Veterans Day weekend.

On Nov. 10, the Gothard JWV Women’s Speaker Series will present “60 Years of Love. A Lifetime of Social Justice,” with Professor Leah Garrett. The program will be on Nov. 10 at 6:30 p.m. at Temple Sinai.

The speaker series was established in memory of the Gothards and their over 60 years together, as a way to recognize the roles and contributions of Jewish women in preserving the legacy of Jewish American military service. The Post plans to host a woman who is a veteran or civilian each year to discuss the service of American Jews in the military.

Garrett will speak about “Young Lions: How Jewish Authors Reinvented the American War Novel.” She is director of Jewish studies at Hunter College, City University of New York. Her new book, “X Troop: The Secret Jewish Commandos of World War Two,” has been featured on CNN, Time Magazine, The Guardian, C-SPAN and a range of other venues.

She will discuss how Jews served at disproportionately high rates in World War II and were at the forefront of many campaigns. She will then discuss soldiers who became authors, including Norman Mailer, Joseph Heller and Herman Wouk, and how their novels set in World War II helped reshape American perceptions of the war, the Holocaust and the role of Jews in American life. The event will also be streamed.

On Nov. 11 at 11 a.m., there will be a memorial ceremony at Beth Israel cemetery, honoring Jewish veterans. Hilton Title, Post Color Sergeant, will play “Taps,” and the names of those who fell in war will be recited. A minyan is needed for the recitation of the Mourner’s Kaddish.

Temple Sinai in New Orleans and Gates of Prayer in Metairie will have a Veterans Day Shabbat, with services starting at 6:15 p.m. at both locations. The names of Jews who fell in war after Sept. 11 will be read, and there will be a Missing Man table. Joel Picker will represent the post at Gates of Prayer, and Post Commander Carol Berman will be at Temple Sinai.

Beth Israel will have a Veterans Day Shabbat honoring the Gothards on Nov. 12 at the 9 a.m. service. Berman will do the name reading and there will be a Missing Man table. The kiddush will honor the Gothards, with Rabbi David Posternock leading the tribute. Community members are invited to share stories.

Sol Gothard served in Korea and had older brothers who served in World War II. After Katrina, he rebuilt the Post and was recognized nationally for his recruitment efforts, including an outreach to non-Jews that led to a Kurdish member. He also pushed for women being represented in leadership of JWV, and the post now has its first woman commander, who is also the second African-American Jewish woman to lead a JWV post.

He also mandated that JWV participate in New Orleans’ annual Martin Luther King Day parade, the only military organization to do so.

While he was rebuilding the local JWV, Jackie was leading Beth Israel through its post-Katrina recovery, along with son Eddie.

The post will host the JWV Department of Texas-Arkansas-Louisiana-Oklahoma meeting in New Orleans the weekend of Jan. 6. The central event will be the TALO banquet on Jan. 7 at 6 p.m., with keynote speaker Arnie Fielkow, CEO of the Jewish Federation of Greater New Orleans.

The Veterans Day events are open to the community.