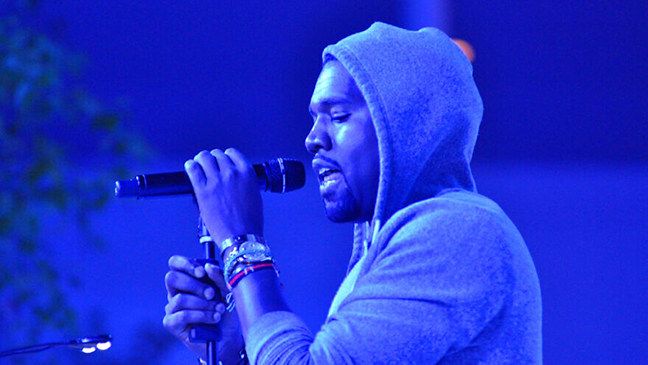 It is interesting that our nation is finally having a major conversation about antisemitism, thanks to the recent often-perplexing remarks of the former Kanye West, now known as Ye.

And given the fallout over his rants, one can add “former billionaire” to the list.

A polarizing figure in recent years, especially to the mostly left-wing Hollywood crowd as he became increasingly vocal promoting right-wing views, the latest dustup started when he wore a “White Lives Matter” shirt at Paris Fashion Week. In an interview with Tucker Carlson on Fox News, Ye then made numerous antisemitic statements, most of which wound up on the cut-ting room floor — which itself has been a source of criticism toward Carlson.

He made numerous conspiratorial statements about Jewish influence, especially in the entertainment world. He said Jared Kushner arranged for peace deals between Israel and Arab states just so he could profit, and said he wished his children had learned about Chanukah instead of Kwanzaa because Chanukah would “come with some financial engineering.”

He also insisted that he could not be called antisemitic because “black people are actually Jew also.”

He then did his “Death con 3 on Jewish people” tweet, saying “you guys have toyed with me and tried to black ball anyone whoever opposes your agenda.” And then, the storm began.

Ye did some interviews where he reiterated those themes, even with interviewers like Piers Morgan falsely claiming Ye “makes full apology” for his remarks.

As the controversy grew, Ye basically dared adidas to come after him, as his branded merchandise was reportedly about 10 percent of the company’s global sales. “I can literally say antisemitic s*** and they cannot drop me,” he boasted. Turns out he wasn’t too big to kick out.

He also lost his Jewish physical trainer of 15 years, and the Jewish academic advisor to a private school he had started in Los Angeles.

The Los Angeles company that produced Ye’s “White Lives Matter” shirt — a Jewish-owned company, by the way — refused to release them after the “Death Con 3” tweet, and the founder suggested Ye visit a Holocaust museum, to which Ye replied that he should visit Planned Parenthood, “our Holocaust museum.”

It is not unusual for antisemites to refer to Planned Parenthood as a means to control the Black community through depopulation, often claiming it is a Jewish conspiracy.

Ye also remarked about how every entertainer has a Jew somewhere in his contract, and that “Jewish people have owned the Black voice.”

Now, how far can one go in calling that an antisemitic trope when the “esteemed” New York Times, in a lengthy feature on New Orleans’ Preservation Hall, highlights the Jewishness of owner Ben Jaffe and includes a quote about predatory bloodsuckers taking advantage of black musicians, and instead of pointing out how that is a trope, embarks on an exploration of whether there is something to that charge.

Ye’s claim of being a Jew because of “the blood of Christ” is also perplexing, but it is something found in Nation of Islam and segments of the Black Hebrew Israelite movement. They refer to themselves as the “true” Jews, as opposed to the Jewish community, even dismissing Black Jews. In this theory, the self-identified Jews are imposters using Judaism as a conspiracy against the rest of the world, or to steal the heritage of Blacks. The “white European” narrative of Jewish origins also erases the half of world Jewry that hails from Middle Eastern countries, Jews of color.

Ye has a longstanding relationship with Louis Farrakhan and the Nation of Islam, including Farrakhan defending him after controversial comments about Jewish power in 2013.

Farrakhan has been spewing hatred of Jews for decades, but that has been ignored or minimized because of all the “good works” his followers do in the Black community in promoting self-help and pride.

Similarly, while the white supremacists who attack synagogues in Pittsburgh or Poway receive all the attention, deadly attacks aimed at Jews in New Jersey were quickly swept under the rug when it was learned that the attackers had ties to the Black Hebrew Israelites. Violence against Jews in New York and New Jersey by people of color has been mostly ignored, or explained away as simply a reaction to gentrification, as if that makes it acceptable.

Ye’s remarks have cheered some strange bedfellows. On one side, this month he has been cited approvingly by the Nation of Islam and some Black Hebrew Israelite groups. On the other, White Lives Matter and the Goyim Defense League have also noticed, with the GDL, which does frequent provocative public demonstrations against the Jewish community, adding a “Kanye Is Right” banner to other antisemitic screeds it displays over a Los Angeles highway.

Many have talked about how Ye’s remarks have “mainstreamed” antisemitism. Don’t give him that much credit, it has been mainstreamed for quite a while now. It has just been minimized or ignored.

Model Carmen Ortega, who has 2.5 million followers, mentioned Ye’s troubles with JP Morgan Chase by saying “Who runs the banks? How many more time (sic) will I be right about these people.” She also told people to “stop voting Pro Israel” and “the truth is Antisemitic.”

It turned out that Chase cut ties with Ye before this controversy, after Ye lashed out at its leadership.

Supermodel Gigi Hadid routinely bashes Israel to her 76 million followers, this year using the theme of “Hands off Ukraine. Hands off Palestine.” Her father, who also has a large following, compares Israeli leaders to Hitler and Mussolini, and claims Jews got “twice” in reparations from Germany and Poland while the Palestinians have received nothing.

Look at the number of Hadid’s followers. Ye had followers in the tens of millions. And then reflect on how there are only 15 million Jews in the entire world.

And in Newark, N.J., “A Little Piece of Ground” was recently added to the sixth grade curriculum. It “explores the human cost of the occupation of Palestinian lands through the eyes of a young boy.”

How does it do that? By saying Israelis “won’t be happy until they’ve driven us all out and grabbed every inch of Palestine for themselves,” and that Israeli soldiers are “playing with us. They’re the cats and we’re the mice.” Wonder what those students will think of Israel — not to mention their opinion of Jews who support Israel — after that.

And much of the current progressive anti-Israel activism includes the charge that Israel is a state built on the idea of Jewish supremacy, with progressive groups casually tossing around a term that was coined by everyone’s favorite local Klansman, David Duke.

See? It’s okay to target the Jews. Look at what “they” do to the Palestinians.

In Congress, on the right there is Marjorie Taylor-Greene, who has been mostly marginalized, and numerous candidates who have said really dumb things about Jews; on the other side are Ilhan Omar and Rashida Tlaib, who are up-and-coming stars despite their use of antisemitic tropes.

We’ve written extensively in this space about how anti-Israel activism on campus doesn’t hurt Israel, but it marginalizes and isolates Jewish students, and leads to increases in antisemitism.

We’ve also written about how many of those who promote diversity dismiss antisemitism as a concern, because their world view has Jews as being powerful and privileged, not as the target of so much hate. Even worse, antisemitism is often justified by what the Jews supposedly do to other groups. Are they saying that we are their misfortune?

As a lot of people who have been on the sidelines come out to condemn Ye’s words, it will be interesting to see where this controversy goes. Will it lead to a societal reckoning and introspection? Or will it harden positions as fingers continue to be pointed to the other side, as “our side” is merely engaged in harmless criticism speaking truth to power, while “they” are the violent threats.

God forbid that it become a “Blacks versus the Jews” debate (i.e. “the Jews taking down a powerful Black man”), as that would be a toxic mess that nobody needs.