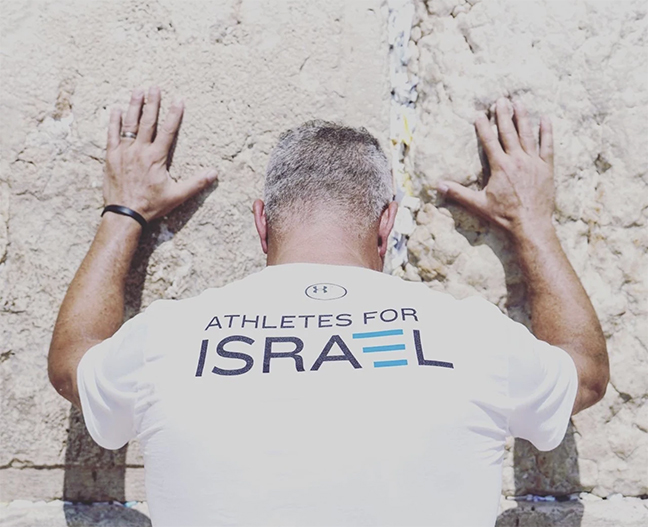 More than 150 Jewish high school students from across the United States will visit Auburn University on a joint NCSY and Athletes for Israel mission from Nov. 4 to 7, as a follow-up to the men’s basketball team’s 10-day trip to Israel this past August, organized by Complete Sports Management and AFI.

The students will volunteer in the local community, spend Shabbat on campus, and attend the 15th-ranked Auburn University’s men’s basketball team’s opening game against George Mason University on Nov. 7.

“Auburn’s trip to Israel this summer was an unforgettable experience for everyone involved,” AFI founder Daniel Posner said. “This weekend is about showing our appreciation to the Auburn University community and Coach Bruce Pearl for sending the team to Israel, especially at a time when anti-Semitic incidents are playing out on campuses across the country.”

Athletes for Israel is a non-profit organization that focuses on transforming the public conversation about Israel through the power of athlete influence. The organization brings professional and college athletes on life-changing journeys to Israel that allows them to experience Israel for themselves.

During its 10-day visit to Israel this summer the Auburn team toured historical sites in Jerusalem, Bethlehem, the Galilee, Jaffa, and Tel Aviv. The student-athletes also swam in the Dead Sea, held a meet-and-greet with Jewish and Arab children at the Jerusalem International YMCA, and learned about Israel’s innovation ecosystem. The team scrimmaged against three Israeli basketball teams, highlighted by a thrilling exhibition against Israel’s National Team, led by NBA star Deni Avdija.

“When you are bringing people to visit Israel for the first time, there is an unmistakable power and energy to the journey,” said Bruce Pearl, Head Coach of the Auburn University Men’s Basketball Team. “While we expected to feel God’s presence in the Holy Land, we didn’t expect to feel so incredibly welcomed, particularly by the Israeli youth and sports teams. We wanted the players to learn about the country’s history, see its beauty, and play against top level international competition. The trip checked every box! I’m looking forward to working with CSM and AFI in bringing more college teams to Israel and the Middle East.”

ESPN sent Roxy Bernstein and Jay Bilas to cover the games live on the SEC Network.

NCSY, America’s largest Jewish youth organization, brought 350 of its Israel summer program participants to the game against Israel’s National Team for a memorable night. With their chanting, singing and dancing, the NCSY teens generated incredible energy in the stadium, and Auburn Coach Bruce Pearl gave them a powerful courtside speech after the game that has since gone viral online within the broader U.S. Jewish community.

“NCSY is proud to bring so many fantastic high school athlete ambassadors to Auburn for an unprecedented mission,” said Rabbi Aryeh Wielgus, N.J. NCSY’s regional director, “We are sure the experience will inspire our teens as much they will inspire the local community.”