An arrest has been made after today’s incidents at Birmingham’s Temple Beth-El involving a lit propane tank and a suspicious backpack, but law enforcement officials are saying the synagogue was not specifically targeted as a Jewish institution, so it is not regarded as an antisemitic incident. 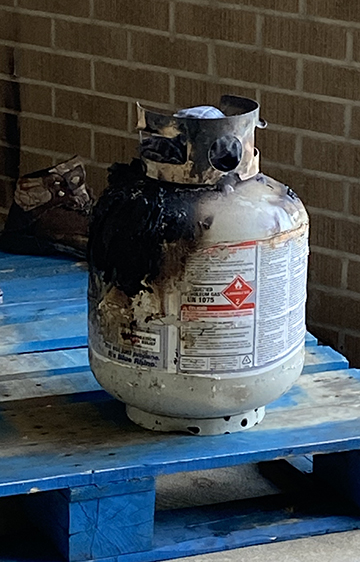 The Conservative synagogue was evacuated around 8:30 this morning after the backpack was discovered embedded in bushes on the 21st Way side of the building.

The backpack was found during a sweep undertaken by Regional Jewish Community Security Advisor Jeff Brown and Beth-El Maintenance Supervisor Nico Cuso. They undertook the sweep after a lit propane tank, as is common on barbecue units, was found on the other side of the building.

The tank had been wrapped in clothing and set on fire. It was placed in front of an outdoor storage area that has the congregation’s portable heaters for outdoor events, in the driveway that goes underneath the building’s Cultural Center from the alley to the lower parking lot.

Brown said a passerby noticed flames and smoke and alerted authorities, and the tank had been extinguished before 6 a.m. There was minor damage to a gate in front of the heaters, but otherwise there was no damage and no injuries.

An hour later, the congregation’s daily morning service took place with the 15 or so in attendance unaware that there had been an incident. The backpack was found about 45 minutes after the service ended, about 20 feet from the historical marker the congregation dedicated this summer, commemorating the unsuccessful 1958 Klan bombing attempt at that spot.

A preliminary scan of the backpack showed an unidentified electronic device. The backpack was taken to a specialized facility for further examination, and no explosive devices were found.

Brown praised Birmingham Police and the Federal Bureau of Investigation for their quick and comprehensive response. “They brought the kitchen sink,” he said.

Surveillance footage was being examined. As of 2 p.m., the building had reopened.

An email signed by Rabbi Steven Henkin, Beth-El President Naomi Ivker and COO Glynnis Levitt stated “While we are all hurt, frightened, and angry that this happened, we will not be intimidated by these actions.”

Services will proceed as planned, including tomorrow’s Family Shabbat. About 20 showed up to Shabbat evening services.

“Please know that the safety of our congregation and staff are our top priority, and we will provide extra security as deemed appropriate,” they added.

While the scene was still being processed by the police and FBI teams, there was a “person of interest” who was being questioned. During interviews, he admitted setting the fire. 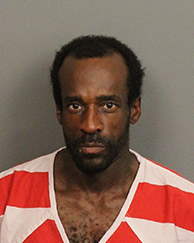 Gregory Earl Fuller Jr., 45, is being charged with second-degree arson. He was detained at 4:32 p.m. on Nov. 4 on a felony hold, and on Nov. 5 was transferred to the Jefferson County Jail in Birmingham, where he is being held on a $30,000 bond.

According to law enforcement officials, this individual was known to them as a local pyromaniac with a history of setting fires. He reportedly was not aware the building was a synagogue. He is also currently awaiting trial on breaking and entering a vehicle in 2021.

The incident comes a day after an FBI field office in New Jersey issues a security advisory about a “credible threat” to synagogues in that state.

Brown said that in cases like this, interviews are conducted by local officials and the FBI. “There was nothing mentioned in the interviews that it was antisemitic or a targeted attack,” Brown said.

He will be prosecuted under a state charge of arson, but “if anything would have come out” about an antisemitic motive, “he would have been charged federally.”

Brown also wants to find out who noticed the flames early in the morning and reported the fire. “I’d love to get the name and call them and thank them,” he said, saying not enough is done to thank those who are vigilant and keep an eye out for such things.