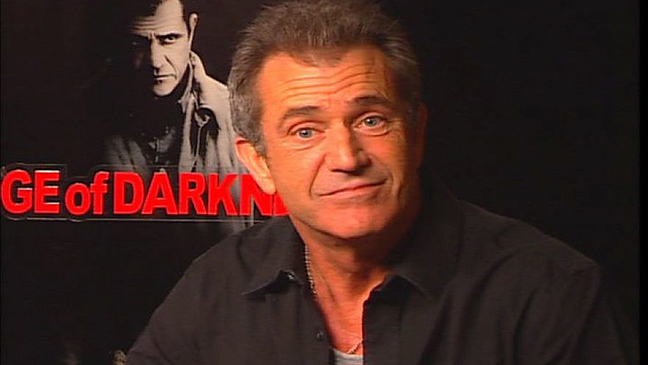 Mel Gibson. Credit: Made In Hollywood/Flickr.

After a quick and vociferous backlash, the Krewe of Endymion announced that Mel Gibson “will not ride” as co-Grand Marshal of this year’s parade, on Feb. 18.

Established in 1967, Endymion is now the largest parade in the New Orleans Mardi Gras season. The “super krewe” rolls in Mid-City on the Saturday before Mardi Gras, with 3,200 riders and 81 floats.

Gibson, described by the Krewe as an “international superstar, actor and director,” was announced as co-Grand Marshal the evening of Jan. 7 at the Coronation Ball. Controversy over Gibson’s antisemitic and misogynistic past immediately erupted, with widespread indignation on social media and few defenders.

As a newer Krewe, Endymion has many Jewish members. Some were at the coronation and were stunned when the announcement was made. Many vowed to boycott this year’s events.

Local media carried the announcement on the morning of Jan. 8. It took only a few hours for the Krewe to reverse course.

The Krewe had previously announced a highly popular selection of Tulane Football Coach Willie Fritz as co-Grand Marshal. Fritz led Tulane to the biggest one-season improvement in college football history, going from 2-10 last year to 12-2 this year, with a conference championship and a Cotton Bowl win over Southern California and its Heisman-winning quarterback.

After the Gibson announcement, many commenting online urged Fritz to back out, saying he is far more popular in New Orleans than Gibson. Others pointed out the irony of honoring the coach and football team of a university which has a Jewish enrollment of about 40 percent, then inviting someone with Gibson’s reputation to share in the honor.

In its announcement, around 3 p.m. on Jan. 8, the Krewe said they were not having Gibson because of safety concerns.

The statement said they received “significant feedback” about the announcement, and “some of this commentary included threats that cause us great concern.”

Therefore, Gibson “will not ride as a Co-Grand Marshal.” The decision was characterized as being “in the best interest of the safety of our riders, special guests and everyone that welcomes us on the streets.”

There was no mention of Gibson’s past or how the decision to invite him had been made.

The parade is followed by the Endymion Extravaganza, a party at the Morial Convention Center, which will feature Darius Rucker and Foreigner this year. Because the statement did not say Gibson’s invitation was rescinded, questions quickly arose as to whether Gibson would attend the Extravaganza and retain the title. There has been no clarification by the Krewe.

A joint statement by the Jewish Federation of Greater New Orleans, the regional Anti-Defamation League office, Greater New Orleans Jewish Clergy Council and Jewish Community Relations Council expressed relief that Gibson is no longer riding, but the groups “are appalled that Endymion chose Mel Gibson as the parade’s 2023 Grand Marshal to begin with.”

The statement cited Gibson’s long history of slurs, saying that while he “has made half-hearted attempts to apologize for his remarks over the years, there is still a great deal of pain associated with his name and deep wounds in the Jewish community from those controversies, which may never heal. Given his history of fueling antisemitism and other forms of hate, we find his choice as Grand Marshal of Endymion was completely insulting and shortsighted.”

They hope Endymion will take the opportunity “to learn why the selection of Mel Gibson caused such pain and disappointment to the Jewish community as well as the marginalized communities he has harmed in the past.”

The statement concluded with an acknowledgement of the complex history of racism and antisemitism around the New Orleans Mardi Gras season, but that today the entire community is engaged with the festivities, including “dozens within the Jewish community who ride in the Endymion Krewe.” With Mardi Gras becoming a New Orleans celebration, “Endymion choosing a Grand Marshal with a strong record of hatred sent the wrong message about the event.”

An online petition had been started to urge Fritz to withdraw if Gibson remained as co-Grand Marshal. The petition was started by Danny Sullivan, a Ph.D. candidate and undergraduate and medical school alumnus of Tulane. He felt that representatives of a school with such a large Jewish enrollment should not “share roles or positions of public prominence with anti-Semites.”

Sullivan, who is not Jewish, shared the news with a group of friends that went with him to the Cotton Bowl, and they agreed that there should be a petition “to ask Fritz to not associate if Endymion refuses to remove Gibson from the parade.”

With Gibson being removed, “there’s no issue with Coach Fritz riding,” he said. As a member of multiple Krewes himself, he knows the honor that comes with being a Grand Marshal.

The Krewe has not responded to requests from Southern Jewish Life.

Gibson courted controversy with his 2004 film, “The Passion of the Christ,” which was a graphic and blood-soaked depiction of the crucifixion. Jewish groups were concerned that the gruesome portrayal would boost antisemitism, as the change that Jews killed Jesus has been a staple of church antisemitism throughout the centuries.

After a lengthy standoff, with Gibson refusing to budge, a small compromise was reached where the most incendiary verse, where the Jewish crowd purports to say “His blood be on us and on our children,” was removed. That verse has been seen as “proof” of Jewish culpability and a justification for countless massacres.

The film was done in Aramaic, the spoken language of the time, with English subtitles. While that verse was not subtitled, it was still in the film, in Aramaic.

One of the most publicized incidents was in 2006, when he was arrested for driving under the influence, and went on a profane tirade. He asked the arresting officer if he was a Jew, and said “the Jews are responsible for all the wars in the world.” He also used an anatomical reference to a female officer.

Abraham Foxman, then the national director of the Anti-Defamation League, said “liquor loosens the tongue of what’s in the mind and in the heart, and in his mind and in his heart is his conspiracy theory about Jews and hatred of Jews.”

He later issued an apology to the Jewish community, saying “please know from my heart that I am not an anti-Semite. I am not a bigot. Hatred of any kind goes against my faith,” and that he was in a “program of recovery” to understand “where those vicious words came from during that drunken display.”

In 2016, Gibson told Variety that it was “an unfortunate incident” where “I was loaded and angry and arrested. I was recorded illegally by an unscrupulous police officer who was never prosecuted for that crime. And then it was made public by him for profit, and by members of — we’ll call it the press.”

He said that a decade later, that “dim thing in the past” is “annoying” when it is brought up.

In 2010, a recording emerged of an argument he had with a former girlfriend, where he used many profane references to women, threatened to burn her house, and said “if you get raped by a pack of n—-rs it will be your fault.”

In 2020, actress Winona Ryder said that at a 1996 party, Gibson’s way of asking if she is Jewish was “you’re not an oven dodger, are you?” This was just after he made a “really horrible” gay joke to a friend of hers who is gay. She said Gibson tried to apologize some time later, but after the 2020 interview came out, a spokesperson for Gibson denied both encounters.

After that denial, Ryder said that was “untrue,” as the incident was “a painful and vivid memory.”

In 2012, a screenwriter who had been working with Gibson on a film about, of all things, the Maccabees, said Gibson routinely used slurs in referring to Jews, and spoke about killing his former girlfriend. The screenwriter, Joe Eszterhas, also said Gibson felt the Holocaust was mostly “horses—” and that the Talmud speaks about sacrificing Christian babies.

Gibson said most of what Eszterhas said was fabrications, and that he supposedly had issues with Gibson only after his script was rejected by the studio.

There was alarm to the news in 2019 that Gibson was going to be in a film called “Rothschild,” as the Rothschilds are a favorite target of antisemites who believe that rich Jews control international banking. The film, which was scrapped, was not about those Rothschilds, but a dark comedy about New York’s elite, focusing on a family named Rothschild.

In 2019, an Arab singer referenced Gibson at an anti-Israel conference at the University of North Carolina. Palestinian rapper Tamer Nafar started by urging the audience to sing along, as “I cannot be antisemitic alone,” and said “don’t think of Rihanna when you sing this… think of Mel Gibson.”

Gibson’s father, Hutton Gibson, was a Holocaust denier and part of a “traditionalist” Catholic sect that rejected Vatican II, saying it was “a Masonic plot backed by the Jews.” He also referred to Pope John Paul II as a “Koran kisser.”

Gibson has not disassociated himself from his father’s Holocaust denial, telling reporters not to go there, as it’s his father.