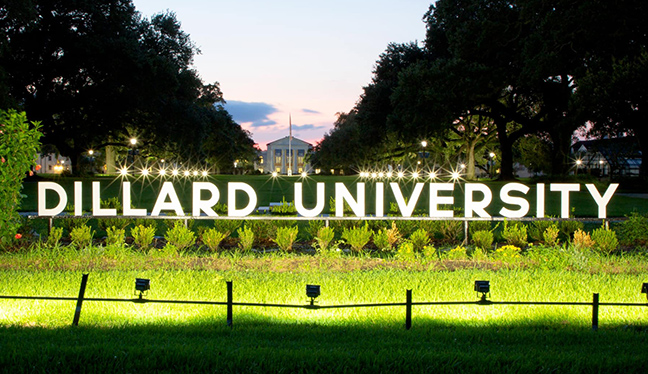 The reinvigorated center will continue the work of the initial center, which aimed to reduce hostilities that were emerging between members of the African American and Jewish communities, but it also will have action projects that build upon the conversations and relationships formed through the Center’s programs.

“Possibly worse than in the 1980s, when Dillard established the National Center for Black-Jewish Relations, America is polarized, with a growing distrust and hostility toward each other in the Black and Jewish communities. Often the conflict is a result of a lack of knowledge, appreciation and understanding of the alliances of the Black and Jewish communities during the Civil Rights Movement of the 1960s, as well as the shared history of genocide and social experiences,” said Ford. “Instead of letting differences separate our communities, Dillard wants to reestablish bonds through conversations, education and learning that result most importantly in courageous actions to improve our society.”

One factor making the relaunch even more timely has been the attention that Kanye West and Kyrie Irving drew over recent antisemitic comments. White supremacists and other antisemitic groups have celebrated West in particular.

The center, the only one of its kind, was originally founded in 1989 by Samuel DuBois Cook, the fourth president of Dillard. He served from 1974 to 1997.

Under the leadership of Cook, the National Center for Black-Jewish relations hosted annual national conferences and produced the book, “Black-Jewish Relations: Dillard University Conference Papers,” which Cook edited. A classmate and friend of Martin Luther King Jr. at Morehouse College, Cook was greatly influenced in 1949 by his Jewish professor and mentor at Ohio State University while pursuing his doctorate.

Cook was on the U.S. Holocaust Memorial Council and was presented the Alfred W. and Genevieve Weil Medallion Award by the Jewish Chautauqua Society for his efforts in building more harmonious relationships between the Black and Jewish communities.

During its first eight years, the center’s activities were devoted to revitalizing the black-Jewish alliances that had been so successful during the Civil Rights Movement of the 1960s. In 1998, the center expanded its charter to focus on the new realities of America’s future, asking African Americans and Jewish Americans what insights they can bring from their respective social experiences and intellectual traditions that can contribute to solving problems related to race and ethnicity.

The center has been dormant for the past two decades.

As part of its King Legacy Celebration over King Weekend, Dillard partnered with Spill the Honey to host a screening of the documentary “Shared Legacies: The African American-Jewish Civil Rights Alliance,” in addition to a panel discussion with national leaders discussing the film and the status of Black-Jewish Relations.

The night before the screening, Bloch hosted a beloved community dinner where HBCU students, staff, faculty and alumni dined with civil rights leaders, the documentary’s directors, and other leaders in the Jewish community. The objective was for meaningful conversations to occur, creating a ripple effect to make meaningful connections and change.

Attending the program was Keila Lawrence, a graduate of Miles College, a Birmingham-area HBCU.  Lawrence is coordinator of a new program that has created a shared journalism internship between Southern Jewish Life and the Birmingham Times, the city’s African American newspaper, in partnership with Miles College.

“The New Orleans event was wonderful. Not only did it help further the growing alliance between our two communities, but also many new friendships were formed,” she said.

The program reinforced the shared histories, values and challenges that connect the two groups, said Lawrence. “Slavery and continuing racism, and the Holocaust and continuing antisemitism bind our two communities, along with our shared resilience and respective triumphs. Programs such as this one make this evident.”

Lawrence has been at the forefront of building ties between young Black and Jewish leaders and educating about Israel, activities she began in college. She currently is an associate with Clyde Group, a leading public relations and public affairs boutique agency in Washington.