ISJL to be featured on History Channel 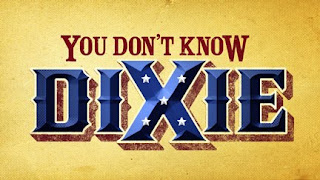 Wednesday at 8 p.m. (Central), the Jackson-based Goldring/Woldenberg Institute of Southern Jewish Life will be featured on “You Don’t Know Dixie,” which will premiere on the History Channel.

“You Don’t Know Dixie” shows the “hidden and surprising truths about how the South shaped America.” The show is a travelogue of the South with some of today’s best known Southerners including: Trace Adkins, Al Bell, Bobby Bowden, James Carville, Jeff Foxworthy, Ty Pennington, Ricky Skaggs, Herschel Walker, and Michael Waltrip.

Rabbi Marshal Klaven, director of rabbinic services at ISJL, will also be featured. Klaven travels the region to congregations that are too small to have their own rabbis. This episode features him on a visit to Temple Sinai in Lake Charles, La.

The is a not-for-profit, non-denominational Jewish organization, which provides educational and rabbinic services to Southern Jewish communities, documents and preserves the rich history of the Southern Jewish Experience, and promotes a Jewish cultural presence and community engagement throughout a 13-state region.