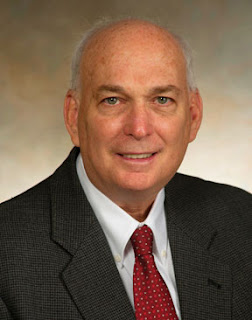 On June 7, Jerry Fishman of Huntsville was named co-winner of the Shaw Prize in Astronomy. The $1 million prize, considered “Asia’s Nobel Prize,” will be shared with astronomer Enrico Costa for their work in gamma ray bursts.

The three Shaw prizes — Life Sciences and Medicine, and Mathematical Sciences are the two other categories — are named for Hong Kong media mogul Sir Run Run Shaw, and have been presented annually since 2004. The awards will be presented on Sept. 28 at the Hong Kong Exhibition and Convention Center.

Fishman told the Huntsville Times that he was “completely shocked” by the award and was unaware that he was even nominated.

Fishman, a NASA astrophysicist since 1974 at the Marshall Space Flight Center, was the principal investigator for the Burst and Transient Source Experiment, or BATSE, an extremely sensitive gamma-ray burst detector which flew on NASA’s Compton Gamma Ray Observatory from 1991 to 2000. He currently is a co-investigator on the Gamma-ray Burst Monitor, a key instrument aboard the Fermi Gamma-ray Space Telescope, which was launched in 2008 and is still in operation. Its primary objective is also the study of gamma ray bursts that appear randomly in the sky at a rate of about 300 each year.

“BATSE and other instruments helped lay the groundwork for many of the discoveries related to gamma-ray bursts that have been made since,” Fishman said. “It is a great honor to see that work — achieved through the efforts of so many people — recognized in this manner.”

“I am thrilled at the news of Dr. Fishman’s award,” said Dr. Daniel Schumacher, manager of the Marshall Center’s Science and Mission Systems Office. “The science we do at Marshall has a huge impact on our understanding of the universe in which we live, and Jerry Fishman is a crucial part of that success.”

Dr. James Spann, who manages the Science and Exploration Research Office at Marshall, agreed. “Many students and researchers who have worked under Jerry’s guidance and leadership are now leaders themselves, here at NASA and across the planet,” he said. “It is a privilege to work with him and to call him a colleague and a friend.”

Gamma ray bursts are titanic detonations more than a million times as powerful as a supernova, heralding the death of massive stars, billions of light years from the solar system. Researchers have determined that they likely signal the birth of new black holes.