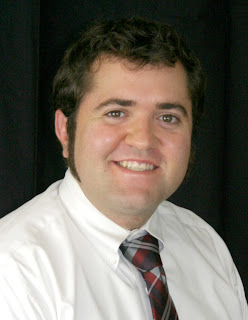 With a 13-state area to cover, the Jackson-based Goldring/Woldenberg Institute of Southern Jewish Life is bringing in reinforcements.

In June, Rabbi Matthew Dreffin will return to the South, joining the Institute in the education and rabbinic services departments. He will coordinate the Institute’s nine Education Fellows, who travel each weekend to some of the over 70 congregations that use the Institute’s standardized religious school curriculum.

He will also supplement the rabbinic services currently being performed by Rabbi Marshal Klavin.

A Florida native, Dreffin grew up at Camp Coleman, the Reform movement’s summer camp in Georgia, where his father is plant operations manager. He attended Tulane University, earning a degree in studio arts and winning the award for most outstanding glass art student. After graduating in 2005, he had to leave for a few months because of Hurricane Katrina, then returned to New Orleans as assistant studio manager for Studio Inferno.

Two years later, he went to Hebrew Union College-Jewish Institute of Religion in California, earning a Master’s in Hebrew Letters in 2010 and a Master’s in Jewish Education in 2011. He will be ordained in May.

Among his student positions was a summer as chaplain at Princeton Baptist Medical Center in Birmingham, and an educator at the Union of Reform Judaism’s Mitzvah Corps of the South in New Orleans.

He interned and served as religious school associate director at Temple Judea in Tarzana, Calif. His focus has long been on education, formal and informal, and wanting to pursue that career path led him to the Institute’s position.

“I found myself highly impressed by the work being accomplished at the ISJL,” said Dreffin. “Even more impressive was the atmosphere of the staff — it truly felt like a team that worked together toward a common mission.”

Congregations using the curriculum receive regular visits from the Fellows, who serve two-year commitments with the Institute. Half of the Fellows are new each year. Institute President Macy Hart said they decided that a coordinator was needed for the Fellows in the Jackson office.

Having an educator who was also a rabbi was a focus for the Institute. Hart said Klaven has been blazing a trail through the South, and “if we got a rabbi/educator, we could take a little heat off of Marshal.”

He added that Klaven’s tours of the South and activity level “has surpassed any expectations we had, except for fantasy.”

Roughly 40 percent of the Jewish congregations in the 13-state region do not have full-time rabbinic services, according to the Institute.