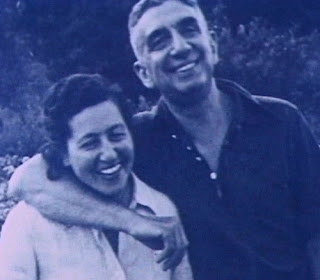 Lillian Hellman, author of “The Little Foxes” and many other well-known works, is perhaps the best-known Hollywood figure with roots in the Jewish community of Demopolis. But she isn’t the only one, as a presentation this month will demonstrate.

Arthur Mayer “carried the Mayer name to new heights” through an extensive career in the film industry. The Southern Literary Trail will hold “Arthur Mayer, His Story from Demopolis to Hollywood” on May 17 at 6 p.m. with a free screening of the 1975 Oscar-nominated “Arthur and Lillie.” There will also be a presentation by Stuart Rockoff, director of history at the Goldring/Woldenberg Institute of Southern Jewish Life.

The evening is presented as part of Jewish History Month.

Mayer was born in Demopolis in 1886 to one of the founding brothers of Mayer Brothers Department Store. While he was an infant, his father, Simon, died. His mother soon returned to New York City, where his grandfather introduced him to his first movie in 1898.

Mayer handled promotions for Mae West and Marlene Dietrich films. When he was fired by Zukor after a dispute, part of his severance was the Rialto Theater in Times Square.

Mayer became known as the “Merchant of Menace,” featuring low-budget horror films at the Rialto. When World War II broke out, he organized the War Activities Committee of the motion picture industry, giving thousands of films to the military for entertainment during the war. He was awarded the Medal of Merit for his civilian service.

After the war, he discovered and imported to America the classics “Rome, Open City” and “The Bicycle Thief,” which won an Oscar for best foreign film.

With co-author Richard Griffith, he published a definitive book about America’s film history in 1957, “The Movies,” that proved so popular it was updated by the writers for multiple editions throughout the 1960s.

At age 78, Mayer started a new career as a film lecturer at several prestigious colleges. His wife Lille accompanied him on teaching trips, and their relationship was depicted in the documentary short “Arthur and Lillie.”

The screening and champagne reception will be at the Marengo County History and Archives Museum in Demopolis, 101 North Walnut Ave. A history of Mayer Brothers Department Store and gallery of vintage photos will be displayed.

Sponsors for the program are the museum, the Marengo County Historical Society, the Two Rivers Arts Council, the Southern Literary Trail and the Alabama Humanities Foundation, a state program of the National Endowment for the Humanities.