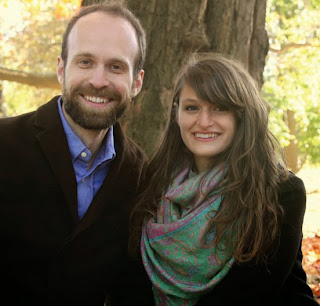 The Aug. 1 Shabbat service will be at 6 p.m., followed by a meet-and-greet at the Oneg. He started at Touro on July 8 and visited the Henry S. Jacobs Camp last month.

A native of the Boston area, Mintz was recently ordained as a cantor at Hebrew Union College — Jewish Institute of Religion, where he earned a Masters in Sacred Music. He also has a Bachelors of Music from Boston University and a Masters from the Manhattan School of Music.

He succeeds Cantor Jamie Marx, who is now cantor at Temple Sholom in Broomall, Pa., near Philadelphia.

Mintz worked at the Jewish Community Center in Manhattan and served as cantorial soloist at Temple Judea in Massapequa, N.Y. While studying at HUC-JIR, he served as the cantorial intern at Central Synagogue in Manhattan and Congregation Emanu-El of the City of New York, as well as student cantor at Adat Chaverim in Plano, Tex.

While in cantorial school, he was the recipient of a fellowship in the Tisch Leadership program, which fosters transformational leaders in the Reform movement.

He also had a summer chaplaincy internship at Beth Israel Medical Center in New York, and was the recipient of a Fischl-Kohn Memorial Grant to travel to Prague with the Defiant Requiem Foundation to research his cantorial thesis on the music of Theresienstadt.

Through the Institute of Southern Jewish Life, Mintz toured several Southern communities as a cantorial student, including Temple Sinai in Lake Charles and Temple Shalom in Lafayette.

In October 2012, he was part of a week celebrating the heritage of Monroe’s Jewish community. Coordinated by the University of Louisiana at Monroe and Temple B’nai Israel, he gave a public concert, did a “meet and greet” on campus and led a discussion on Jewish music and culture.

In June, a week before moving to New Orleans, he and Deborah Reinhold Sacks were married. She is a Jewish educator, musician and community organizer.

She has joined the faculty of the Jewish Community Day School, where she will teach the weekly Torah portion through text study and creative arts. She has led teen trips to Israel, and spent a year working in Israel caring for Jewish and Arab children from abusive and dysfunctional families.

She has also been an educator at the Brandeis Collegiate Institute, a pluralistic spirituality program geared towards young adults’ exploration of Jewish identity through text, the arts, and creative spiritual practice.

Touro is known for its musical programming, highlighted by the JazzFest Shabbat every April.