Why the State of Louisiana invests in Israel Bonds 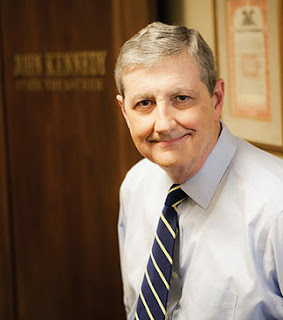 You won’t find Puerto Rico bonds in the Louisiana Treasury’s investment portfolio. What you will find, though, are bonds embraced by Eleanor Roosevelt, Albert Einstein and Harry S. Truman.

The Louisiana Treasury currently holds $18 million in Israel Bonds. Those bonds earn 2.868 percent when the 3-year U.S. Treasury is yielding 1.08 percent. As state treasurer, I invest in Israel Bonds for a few simple reasons: They are a safe, solid investment from a country with a sound economic future. Unlike Puerto Rico bonds, you won’t find Israel Bonds hovering above a “junk” level credit rating. The credit rating on Israel Bonds is high.

But, first, a little history: Israel Bonds’ history involves the genius of Albert Einstein and the glitz of old Hollywood.

Israel became a nation in 1948 after it became a haven for Jews fleeing persecution elsewhere in the world. The new nation quickly set about securing a financial foothold. A conference at Jerusalem’s King David Hotel in 1950 launched Israel Bonds.

Political figures and Hollywood elite embraced the bonds as an investment in Israel’s security. Roosevelt, Einstein, Truman, Elizabeth Taylor and Cary Grant jumped on board. Since 1951, more than $36 billion in Israel Bonds has been sold. It’s an astonishing success story.

Through the innovation of Israel Bonds, Israel quickly shed its training wheels as a newly formed nation. Today Israel is an economic world leader.

As the Organization for Economic Cooperation and Development wrote in its 2013 economic survey: “Israel’s output growth remains relatively strong, unemployment is at historically low levels, its high-tech sector continues to attract international admiration, and new off-shore gas fields have come on stream.”

U.S. investment in Israel is strong. Google has had offices in Israel since 2006 and digitized the Dead Sea Scrolls. Eager to find a seat at the table in Israel’s tech sector, Facebook snapped up a company in 2013 that had employees in Israel. Johnson and Johnson partnered with Israel’s Office of the Chief Scientist on a biotech incubator. Hewlett Packard has labs atop Mount Carmel.

Like other peace-loving countries, Israel wrestles with the threat of terrorism. This summer was particularly grizzly with the murders of three Israeli teenagers by militants. By no means is the leadership of Israel a threat to peace.

Here’s how the U.S. Secretary of State’s Office sums up our nation’s relationship with Israel: “The United States was the first country to recognize Israel as a state in 1948. Since then, Israel has become, and remains, America’s most reliable partner in the Middle East. Israel and the United States are bound closely by historic and cultural ties as well as by mutual interests.”

That — along with Israel Bonds’ sold track record — is good enough for me.