Friendship Circle up and running in Birmingham 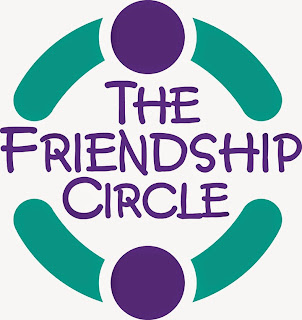 On Feb. 22, thousands of runners will take to the streets of Birmingham for the Mercedes Marathon. Among them will be a few dozen members of Team Friendship, including Rabbi Yossi “The Runnin’ Rabbi” Friedman from Chabad of Alabama.

Team Friendship is participating as a way to raise a goal of $60,000 to support the Friendship Circle, which brings together teenage volunteers and children with special needs for fun, friendship and socialization.

Rabbi Levi Weinbaum, who is co-director of Friendship Circle Alabama with wife Mushka, said participation in the race has two goals. First, the circle is growing but there isn’t much awareness about the circle in the broader community, and “as we were getting bigger we needed to find a way of supporting the Friendship Circle and hopefully this will be an annual fundraiser.”

The Friendship Circle began in Detroit in 1994. The Lubavitch Foundation of Michigan asked Rabbi Levi Shemtov and his wife, Bassie, to start an organization that would bring friendship to those who need friends. The idea came from a grant from a family where there was a special friendship between a Chabad rabbi and their son, who had passed away.

By 2003, the Detroit circle had 350 teen volunteers serving 150 children with special needs. The success there inspired establishment of circles across the country, then around the world. Today there are around 80 locations with 5,000 children and 11,000 volunteers.

In 2004, the Friendship Circle built the Meer Family Friendship Center in the Detroit area, a hands-on area where the children and their friends can practice life skills.

The Birmingham circle started in the summer of 2013 through the Bais Ariel Chabad Center. Before long there were three volunteers visiting two children. At the end of the year there was a dinner honoring the teen volunteers, with 45 in attendance.

Entirely through word-of-mouth, the circle soon grew to seven children and 13 volunteers, and now the program serves 12 children with 23 volunteers. More growth is certainly possible, Weinbaum said, “we have people waiting for visits, we just need more teens.”

Rabbi Mendel Rivkin of Chabad of Louisiana said they are in the planning stages of bringing Friendship Circle to New Orleans. The closest Friendship Circles otherwise are in Atlanta and Houston.

The program’s cornerstone is Friends at Home. Pairs of teen volunteers visit children with special needs in the place where they are most comfortable — their home. The Sunday visits are for them to simply do whatever interests them.

At the first meeting, there are games that are brought along as icebreakers, but they haven’t been needed as the volunteers and the children hit it off immediately.

Weinbaum said they are now planning at least two programs or events per trimester, and special needs teens are also invited to attend Chabad’s teen programs with their Friendship Circle buddies.

One program starting up for older participants is Chef Academy, where those in Friendship Circle can cook meals that they can then bring home.

Another aspect of the program is Mom’s Night Out, where the mothers of special-needs children can have “time to get out, relax and mingle with friends and get support that they are not in it by themselves.”

Each year, Weinbaum explained, “we add to the program. We’re not trying to explode overnight.” Right now almost all of the participants are in the Jewish community and they are looking for more Jewish teens to volunteer. Weinbaum hopes to eventually have a facility like the one near Detroit that would be open to the broader community.

Weinbaum notes that the visits are not therapy sessions, as the volunteers are not trained to be therapists. “They are there to be friends.”

The program’s philosophy comes from the command “v’ahavta l’re-echa kamocha,” to love your neighbor as yourself. “Anyone is eligible for a friend,” Weinbaum said. “Anyone who is not making that connection, we try to make that connection.”

The circle works with “every single type of kid, whatever the reason may be… and make sure they have friends coming over.”

The program cites Rabbi Menachem Mendel Schneerson’s unconditional love for everyone and desire that every person should feel that they belong.

Among those participating are children with autism, cerebral palsy, ADD/ADHD, aspergers and other conditions that make it difficult to form friendships or socialize.

Some of the kids in the program are popular in school but “nobody hangs out with them” otherwise and they never go out with peers. For some of the participants, being in Friendship Circle has been the first time they have been “a normal teen.”

The framework is that Sunday visits are to be at least 45 minutes twice a month, but Weinbaum said he doesn’t know of any that have been for less than an hour. As a friendship grows and the families get more comfortable, the visits can expand.

Weinbaum noted that some teens have reported that their friends rely on the visits and “how can we do it just twice a month?”

The volunteers say that working in the Circle has affected their outlook toward others and sensitized them toward those who are alone.

Jennifer Laszlo Mizrahi said simply, “I love the program.” Mizrahi was the founder and director of The Israel Project before becoming president of RespectAbilityUSA, a non-profit group in Washington advocating for greater inclusion for people with disabilities.

Friendship Circle “is really well-respected nationally because they fill a lot of gaps that exist in the system.”

Mizrahi noted that “this is a real issue “ in the Jewish community, because Jews are more likely to have children with disabilities. There is a greater chance because of generations of in-marriage and the tendency among Jewish families to start having children at a later age. “There is a correlation between the age of the parents” and many disorders.

“We have to understand this is part of our population,” she said. And “for every child with a disability there are two parents and siblings.” If the special-needs child can be fully welcomed by the Jewish community, “then you can increase engagement of the whole family.”

And generally, “it is pretty easy to accommodate kids with disabilities. You just have to ask parents what they need.”

For some parents, that need is anonymity. For many there is a fear of having a child labeled as special-need or having a child with a mild disability compared to those with more serious cases, and in school there may not be any outward sign of the special need. Weinbaum said the program is designed to help keep participants as mainstream as possible and they do not label. Privacy requests are respected.

Even the display of Friendship Circle magnets, which have proliferated on local cars, “doesn’t mean anything” specific as it could denote a participant, a volunteer, a supporter or a donor.

As a way of thanking the volunteers there is a special dinner each year, and in March Weinbaum plans to take some of the older volunteers to a Chabad Teen Shabbaton in New York, where one of the highlights will be Havdalah in Times Square, with the group taking over most of the large screens in the square.

The circle’s programs run entirely on donations, and there is no cost to the families. Weinbaum explained, “You are taking a child to therapy, to a specialist. You are paying a lot of money. Every single one of our programs is 100 percent free for the families.”

About 45 runners have signed up on Team Friendship in the Mercedes Marathon. While some may run the entire marathon, there are slots set up for non-profits where relay teams can be formed and the runners seek sponsors.

Weinbaum, who moved to Birmingham in early 2013, grew up in a community where there were two children with special needs who were “always part of our lives. We went to their houses, they came to our home.”

While studying, he volunteered with Friendship Circle in New York and knew that wherever he ultimately was sent as a Chabad emissary, he wanted there to be a Friendship Circle. “It’s needed in every community, it’s just a question of someone working to find the people and getting all the teens,” he said.

When he brought up the idea after arriving in Birmingham, there was some skepticism as to whether the community really needed a program like that, but the numbers have demonstrated the need. Weinbaum noted that a couple of the participating families had been going to churches because there was nothing available in the Jewish community.

Several of the special-needs children “would never have been involved with the Jewish community if not for Friendship Circle,” Weinbaum noted, and one who did not have a Bar Mitzvah was thinking of having one.

“It does not matter where you are on the circle,” Weinbaum said. “You feel incredible.”