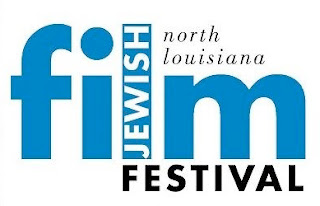 An opening reception will be held at 6 p.m. on April 10, followed by “Rosenwald.” The Aviva Kempner film is the story of Julius Rosenwald, who never finished high school but rose to become the president of Sears. Influenced by the writings of educator Booker T. Washington, this Jewish philanthropist joined forces with African-American communities in the Jim Crow South to build over 5,300 black schools during the early part of the 20th century.

Rosenwald put up seed money to build these schools using standardized designs, as long as the local community took an active role, whether through fundraising or participating in the building process. With desegregation in the 1960s, most of the buildings fell into disuse. Only a handful remain in Louisiana.

“Dough” is the story of a widowed Jewish baker in London whose bakery is past its prime and of no interest to his sons. He hires a Muslim teen from Darfur, who sells marijuana on the side. One day some of it accidentally finds its way into the challah dough, leading to a new appreciation for the bakery.

Based on the bestselling Holocaust novel by Israeli author Uri Orlev, “Run Boy Run” is the true story of Israel Friedman, who was nicknamed Srulik, the son of a baker in Poland. In 1942, when he was eight years old, he was smuggled out of the Warsaw Ghetto and finds himself with a group of Jewish orphans who forage at farms in the countryside. A family of Polish partisans takes him in, but they figure he has a better chance of surviving as a Catholic.

After being forced to flee again, he went from town to town, working as a farmhand and still passing as a Catholic. In 1948, a Jewish agency tracked him down, and after initial denials he re-assumed his identity. He moved to Israel and made up for the education he never got as a child, becoming a math teacher.

“The Gatekeepers” is a groundbreaking and controversial film, with the first interviews of Shin Bet members. The film has interviews with six former heads of the Israeli intelligence agency charged with defending the nation against terrorists.

The series of shorts includes “Bamidbar,” a desert trip for a woman and her estranged father before she leaves for the Israeli army; “Ellis,” a Robert De Niro portrayal of one immigrant to Ellis Island; “Hannah’s Holy Communion,” about a 7-year-old girl in Dublin looking forward to her first Communion — but she’s Jewish; “Of Many,” detailing the relationship between an Orthodox rabbi and an imam who are university chaplains in New York City; and “The Train,” the transformation of a self-absorbed young man who meets a Holocaust survivor.

Tickets are $7.50 for shows before 6 p.m., $9.50 for evening screenings. There is a $2 discount for Robinson Film Center members. A festival pass is $36 and includes an opening reception ticket and one ticket to each film.