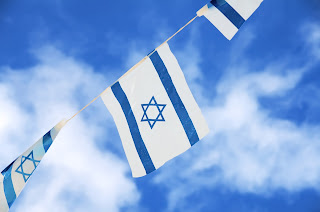 In mid-May, several communities in the region will have celebrations for Israel’s 68th birthday.

In New Orleans, there will be a community-wide Yom Ha’Zikaron, Israel memorial day, service led by members of the Jewish Clergy Council of New Orleans on May 11 at 6:30 p.m., followed by an Israel Independence celebration at 7 p.m.

The celebration will include a dessert reception and performance of “Israel Story — Live!” Using a combination of radio-style storytelling, live art, music, singing, video, and other multimedia magic, the show provides an intimate glimpse of modern Israeli life. “Israel Story” is an Israeli radio show inspired by the slice-of-life stories featured on “This American Life.”

The evening is free and open to the community.

The Jewish Federation of Central Alabama will hold a regional ISRAELfest68, showcasing Israeli life, culture and spirit. The event will be on May 15 at the Wynlakes Golf and Country Club in Montgomery from 5 to 8 p.m.

The event will feature a variety of traditional Middle Eastern food, a salute to outstanding leaders dedicated to Israel, special guest speakers, a silent auction, an 8-foot replica of Jerusalem’s Western Wall, craft activities and dancing for the kids, merchandise, door prizes and more.

At the center of the celebration is live entertainment by Shimon Smith, a leading Israeli singer and former emissary to Israel who served in central Alabama, as well as a performance by Israeli stand-up comedian Yuval Haklat.

Tickets for ISRAELfest 68 are $18 for adults and free for children under 13.

There will also be an Israel Memorial Day commemoration at Agudath Israel-Etz Ahayem in Montgomery on May 10 at 7 p.m.

Birmingham Celebrates Israel will be at the Levite Jewish Community Center on May 15 at noon. There will be Israeli food available for purchase, a kids’ zone with games and rides, music and a bike parade. There will also be Israeli and Jewish products for sale, a Western Wall replica for placing a message, Israeli football, cotton candy, and much more. Admission is free.

Also, Israeli radio and television personality Amit Farkash, whose song “Millions of Stars” became identified with the Second Lebanon War, will be the guest speaker at an Israel Memorial Day event in Birmingham.

The Birmingham Jewish Federation is co-hosting the event at the Levite Jewish Community Center on May 11 at 7 p.m. The program is open to the community.

This year is the 10th anniversary of the Second Lebanon War. Captain Tom Farkash, brother of Amit Farkash, was killed in a helicopter crash during the war. The song was composed by a friend of his, and she sang it for the first time at her brother’s funeral. It quickly became famous in Israel.

Amit Farkash played the lead role in Israel’s version of “High School Musical” and co-starred on the television series “Split.” She is now portraying Dana in the series “The Nerd Club.”

In Mobile, there will be an Israel Independence Day celebration on May 15 at 5:30 p.m. at Ahavas Chesed. After an Israeli Memorial Day ceremony, there will be a “South Meets Israel” celebration with a Mediterranean dinner and a Jazz band. Reservations are $8 for adults, $5 for children.

On May 15, Baton Rouge Hadassah will celebrate Israel Independence Day at B’nai Israel at 6 p.m., with food, dance and a film about Jerusalem.