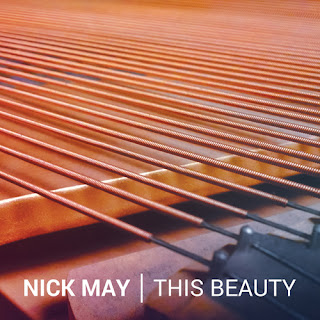 Songleader and musician Nick May of New Orleans has released his first studio album, “This Beauty.”

Soon to graduate from Louisiana State University in Interdisciplinary Studies with concentrations in Jewish Studies, Religious Studies, and Sociology, May is also in his first year serving as the Baton Rouge Federation of Temple Youth advisor.

He has been songleader at the Henry S. Jacobs Camp in Utica for three summers and spent this past summer as songleader at JCC Camp Sabra in Rocky Mount, Mo. He has been travelling around the Deep South singing with different communities for Shabbat services, educational programs, as well as National Federation of Temple Youth events for the past four years.

“Growing up going to camp every summer I always looked forward to having people like Dan Nichols and Rick Recht visit and sing with us and from a young age I knew that I wanted to be like them,” May said.

He has made numerous connections through Jacobs Camp and nationally through the annual Hava Nashira event in Wisconsin for Jewish songwriters, but coming out with an album “gives me a chance to connect with people beyond those audiences” and “make an impression on the Jewish music community.”

He does vocals and guitar on the album, while his father, Robert, does backup vocals and bass, and additional backup vocals come from his mother, Tory May, cantorial soloist at Gates of Prayer in Metairie. Richard Bird of The Boogiemen is on percussion, organ and guitar.

The EP consists of six songs, five of which are his original compositions. “Hinei Mah Tov” is a collaborative effort with Australia native Shannyn Gelbart at Hava Nashira.

The album can be purchased online here.