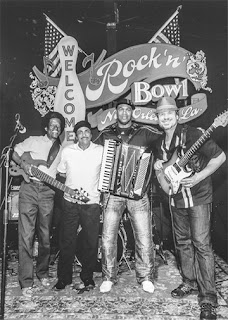 Touro Synagogue Cantor David Mintz doesn’t think there has ever been Zydeco music composed for a Shabbat service. That bit of history will be made at the New Orleans congregation’s 26th annual Jazz Fest Shabbat, April 28 at 7:30 p.m.

Sunpie and the Louisiana Sunspots will headline the service, which also features Mintz, the Panorama Jazz Band and the Touro Synagogue choir.

Held the first Friday night of Jazz Fest, the service has become a must-stop for Jewish jazz enthusiasts, and the service generally has a packed house.

For the last three years, Mintz has commissioned New York composer Toby Singer to do an original work for the service. A former High Holy Days music coordinator for Kahal Kadosh Beth Elohim in Charleston, Singer is doing a Zydeco version of “Shiru L’Adonai Shir Chadash,” “Sing Unto the Lord a New Song.”

Mintz said “This would indeed be a new song, and we’re really excited about it.”

In planning for Jazz Fest Shabbat, a frequent debate is whether to stick with local artists or go for national figures. “To go Zydeco goes to our Louisiana roots,” Mintz said.

JazzFest Shabbat began in 1991 with Cantor Steve Dubov, with the New Orleans Klezmer All-Stars as the first guests.

A veteran New Orleans musician, Bruce Sunpie Barnes worked for 30 years as a park ranger with the National Park Service. Born in Benton, Ark., he dreamed in Creole as a child. He was an All-American college football player for Henderson State and played for the Kansas City Chiefs. He turned down an opportunity to continue in the Canadian Football League so he could play music and be in nature.

He got a job with the Park Service at Jean Lafitte National Park, arriving in New Orleans in 1987 not knowing what to expect.

His Delta harmonica style got him noticed, and he quickly made a name for himself. After having dreams of playing an accordion, he saw the accordion from his dream in a store, taught himself how to play it and immediately landed a job that enabled him to pay off the instrument.

By 1991, he formed Sunpie and the Louisiana Sunspots, taking his name from Little Sunpie, what an aunt called him as a child when he hung around a musical uncle called Sunpie. His band was one of just a few Zydeco bands in the area.

A current member of the Paul Simon Band, he recently did a 58-city arena tour, Paul Simon and Sting Together.

In 2015 he authored “Talk That Music Talk,” and he is Big Chief of the North Side Skull and Bone Gang, one of the oldest black Carnival groups.

Jazz Fest Shabbat is free and open to the public, and will also be livestreamed online. Jazz Fest Shabbat Patrons will have a dinner at 6 p.m., receive VIP seats for the service and have an exclusive concert with Sunpie and the Louisiana Sunspots during dinner.