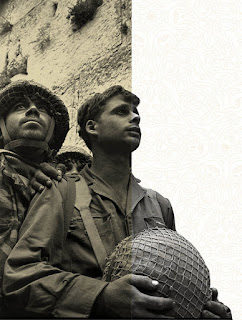 The newest Rohr Jewish Learning Institute course marks the 50th anniversary of the Six Day War, which reunified Jerusalem under Jewish control for the first time in 1900 years.

“Survival of a Nation: Exploring Israel Through the Lens of the Six Day War” will be held at Chabad houses in numerous communities.

Sessions include why Judaism cares so much about a certain piece of land despite being a religion of ideas, why there is so much anti-Israel sentiment in the world, the ethics of pre-emptive strikes and collateral damage, how to protect against an enemy that uses human shields, what to do with captured territories and what lies at the heart of the land-for-peace debate.

The course will run for six weeks.

Chabad of Mobile offers the course on Sundays at 7:30 p.m., starting on May 7 (not April 30 as previously announced). Registration is $60.

The Chabad Center in Metairie is offering two sessions, Mondays at noon or at 7:30 p.m., starting May 8. Registration is $70 with a 10 percent discount for multiple sign-ups or returning students.