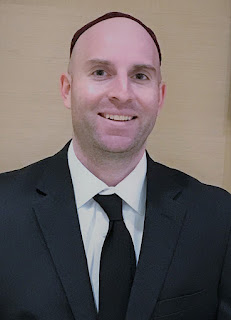 As the new director of rabbinic services for the Jackson-based Goldring/Woldenberg Institute of Southern Jewish Life, Aaron Rozovsky will draw on experiences from a one-year deployment to Afghanistan with the Military Police.

There, he learned how to create meaningful Jewish experiences out of whatever he had, including making a festive Shabbat dinner out of “a few cans of corn, peaches, and Army rations.”

While even the smallest Jewish communities served by ISJL have far more resources than he had in Afghanistan, being able to work with small communities “is my dream job,” Rozovsky said. “To serve small Jewish communities throughout the South who have added so much to the American fabric and our understanding of what it means to be Jewish is the opportunity of a lifetime.”

“We are so excited to welcome Aaron to the team,” says Michele Schipper, who will become CEO of the Institute later this month. “His passion for serving under-served Jewish communities, his past experiences and his vision for this role all make him an ideal rabbi to serve our region.”

Rozovsky will be ordained this spring from Hebrew Union College-Jewish Institute of Religion, the Reform movement’s seminary. Prior to beginning his rabbinical studies, he also completed a Master’s degree in International Studies with a concentration in Latin America at Central Connecticut State University, and a Bachelor’s degree in history with a Spanish minor at Providence College in Rhode Island.

As a student rabbi, he served in an array of positions, primarily in small communities: teaching at Kulanu Cincinnati Reform Jewish High School, working at the Center for Holocaust and Humanity Education, advising students at the Hillel at Miami University of Ohio, and holding student pulpits at United Hebrew Congregation in Terra Haute, Ind., and Temple B’nai Israel of Petoskey, Mich.

In the military, Rozovsky has served as chaplain for the 1/103rd Field Artillery Battalion​ in Providence, R.I.; summer chaplain at the Robley Rex Veterans Affairs Medical Center​ in Louisville, Ky.; and as a Fellow at the Jewish War Veterans of America Cincinnati-Dayton chapter; and he has worked for 12 years with the Rhode Island Army National Guard​. He also spent a year as a liaison officer for the U.S. Army-Israel Defense Forces, in Jerusalem.

The ISJL’s Rabbinical Services Department serves communities across its 13-state region, focusing specifically on communities with no full-time rabbi in place. In his role as director, Rozovsky will travel two to three weekends a month to lead Shabbat experiences, will write a weekly Taste of Torah e-mailed d’var Torah (sermon), serve as a remote resource for Bar and Bat Mitzvah students, engaged couples, and more; he will also work with colleagues to coordinate visits throughout the region with the ISJL’s “Rabbis on the Road” program, where rabbis from around the country visit several congregations in the region.

Since its formation in 2003, the “ISJL Rabbi” position has been held by Rabbis Debra Kassoff, Batsheva Appel, Marshal Klaven and Jeremy Simons. Last summer, Simons became the director of Hillels of Memphis.