Stephen Slater to be next Beth-El rabbi in Birmingham 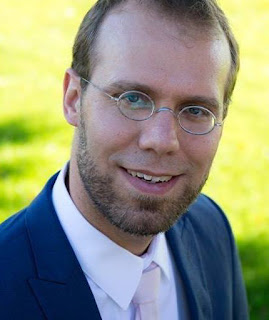 On June 15, Rabbi Stephen Slater will become the rabbi of Birmingham’s Temple Beth-El, the largest Conservative congregation in Alabama.

Slater is in his final year of studies before ordination at Hebrew College in Boston. He has been the student rabbi at Shaaray Tefila, a Conservative congregation in Glens Falls, N.Y., and rabbinic intern at the University of Rhode Island Hillel.

A Detroit native, Slater grew up in West Africa, speaking French and Hebrew fluently. His bachelor’s degree is from Hillsdale College, and he has a master’s in Jewish studies from Hebrew University in Jerusalem.

While in Israel, he also studied at the Hartman Institute and the Conservative movement’s yeshiva.

He and his wife, Bethany, have a two-year-old daughter, Anav.

Beth-El President Jacob Halpern said Slater’s “outgoing, inspirational ability to reach all age groups was evident from the overwhelmingly positive feedback the (Rabbi Search) Committee received from the congregation. I am excited for the promising future Temple Beth-El holds.”

Slater succeeds Rabbi Barry Leff, who has been serving the congregation as interim rabbi for two years. The congregation started a visioning process in January 2017, then began its rabbinic search last fall.