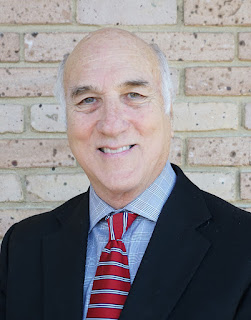 For decades, Macy Hart has been an advocate for the Southern Jewish experience, and a celebration of his career will be held on April 6 in Jackson.

The founding director of the Goldring/Woldenberg Institute of Southern Jewish Life, which provides services to Jewish communities in a 13-state region, Hart’s influence has been statewide in Mississippi, regional and national.

Growing up in the only Jewish family in Winona, Miss., Hart became the president of the National Federation of Temple Youth. He became involved in the regional push for the establishment of a Jewish summer camp, which opened in the summer of 1970 as the Henry S. Jacobs Camp in Utica, where he was camp administrator that first summer, being groomed to take over as camp director, a role he would have for 30 years.

For countless campers from tiny Jewish communities in the region, Jacobs Camp became a Jewish refuge, where they could strengthen their identity and have the unusual experience of being in the majority.

As the camp attracted donations of artifacts from small-town Jewish communities when their synagogues closed, Hart established the Museum of the Southern Jewish Experience in 1986. Those experiences led him to establish the Institute in 2000, which he then headed until transitioning to a new position last February, focusing on special projects, as Michele Schipper became CEO.

Hart has also served as president of Beth Israel Congregation in Jackson, and the Council of American Jewish Museums. He also co-founded Parents for Public Schools.

The Institute has developed a standardized curriculum for religious schools, provides rabbinic services to small or isolated congregations with traveling rabbis, cultural and historical programs, and promotes social action and historic preservation.

The celebration will be at the Mississippi Museum of Art, starting at 6 p.m. with a cocktail hour, and followed by Havdallah, music, dinner and festivities. All are welcome, and tickets are $100. Additional donations are encouraged toward the official announcement of the Susan and Macy B. Hart Fund for the Institute. Dress is tie-less cocktail, with seersucker optional.