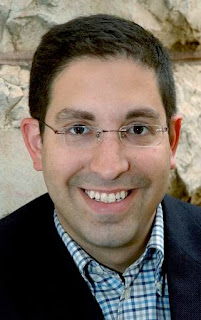 Veteran Israeli journalist Gil Hoffman will be in Birmingham for a series of talks, including a community-wide presentation at Knesseth Israel.

Hoffman has been the chief political correspondent and analyst for The Jerusalem Post for 20 years. He teaches international communications at Israel’s College of Management, and hosts a weekly radio show on the Land of Israel Network.

A Chicago native, Hoffman wrote for the Miami Herald and Arizona Republic before moving to Israel. A reserve soldier in the IDF Spokesman’s Unit, he has lectured in every major English-speaking country in the world, more than half the Canadian provinces, and recently made history in Hawaii when he became the first speaker to lecture about Israel in all 50 states.

His main community talk will be on May 2 at 8 p.m., “Red States, Blue States and the Jewish State: An Insider’s Look at America’s Impact on the Future of Israel and the Wider Middle East.” There will be a reception afterwards, and reservations are requested by April 29 for those staying for the reception.

On May 3, he will speak at a dinner following the 6:30 p.m. Shabbat service. “Peace, Politics and Plutonium: A Maven’s Guide to the Mayhem in the Middle East” will be his topic. Dinner reservations are $18 per person, $36 for a family, and need to be made by May 1.

On May 4, he will give “71 Reasons for Optimism on Israel’s Future,” at the noon Kiddush following the 9 a.m. service.

The Shabbaton is part of the Israel 360 Program by the Religious Zionists of America, which is sending leading scholars to congregations around the globe to speak on topics concerning Israel on the weekend before Israel Independence Day. The event is partially sponsored by The Religious Zionists of America, Israel Bonds and The Jewish National Fund.