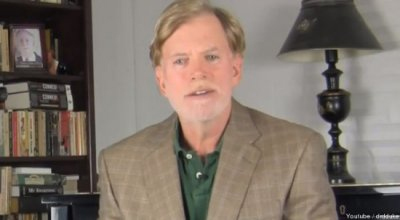 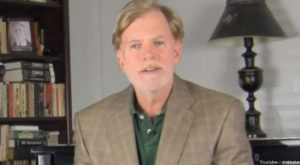 On July 31, Twitter announced that it was permanently banning one of Louisiana’s most notorious residents, former Ku Klux Klan Grand Wizard David Duke, for “repeated violations of the Twitter rules on hateful conduct.”

Duke had over 53,000 followers on Twitter. A spokesperson said the ban “is in line with our recently-updated guidance on harmful links,” and came a few days after Jewish groups around the world staged a 48-hour Twitter blackout in protest of the platform’s lack of response to antisemitic online rants by British musician Wiley.

A spokesperson for Britain’s Campaign Against Antisemitism said “Twitter has done the right thing by banning arch antisemite and prominent racist David Duke. But why on earth has it taken this long? Yet again Twitter has been slow to act on cases that are not remotely borderline. However, if the 48-hour global boycott earlier this week has brought about a culture change at Twitter, that is to be welcomed, and hopefully the former Grand Wizard is only the first of many Jew-haters to be booted from Twitter.”

Duke is referred to by the Anti-Defamation League as “perhaps America’s most well-known racist and antisemite.”

At the end of June, Duke was among six white supremacists whose YouTube channels were shut down. Duke fired off a tweet the next day, blaming Jews for the removal.

As an example of his videos, his 2014 “Israeli Genocide in Gaza” accused Israel of “barbaric” mass murder and genocide, and alleged that the media and politicians are controlled by Zionists who purposely mislead the public.

A disruptive presence while a student at Louisiana State, Duke founded the Knights of the Ku Klux Klan in 1974, then after a falling-out with the Klan decided in 1981 to found the National Association for the Advancement of White People, with similar ideology but in a business suit instead of robes, and with the appearance of a lobbying organization.

He first ran for Lousiana Senate in 1975, then was a presidential candidate on the Populist Party ticket, a party founded by noted antisemite and Holocaust denier Willis Carto of the Liberty Lobby. In 1989, Duke successfully ran for the Louisiana House, then had failed bids for the U.S. Senate, governor, president and U.S. House.

Active opposition to Duke was spurred by an encounter with Holocaust survivor Anne Levy, who confronted Duke at the dedication of a Holocaust exhibit at the Louisiana legislature in 1989 — an exhibit that had been organized partly in response to Duke’s election to that body.