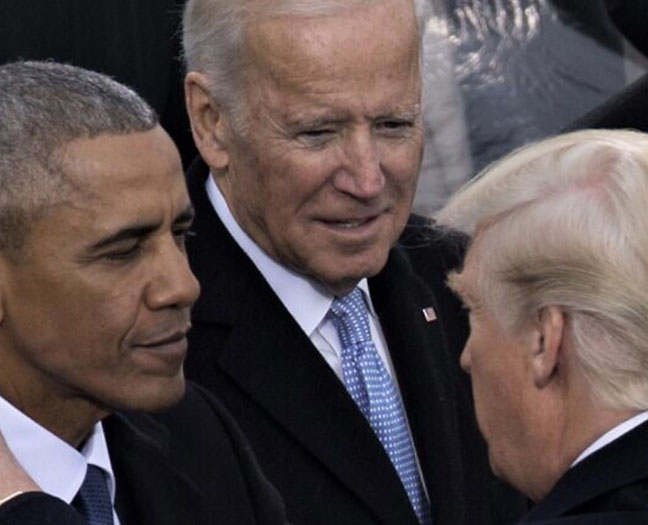 It was the first morning of Chanukah. A group of nine retired rabbis had gathered online, their intellectual and emotional candles blazing. But only time will tell if this year’s Chanukah season will usher in a much-needed miracle for the American Jewish community: Reconciliation.

It is hard to remember when the Jewish community has been so divided in recent times. This troubling truth came through in a recent Zoom call with retired colleagues facilitated by Rabbi Jonathan Miller, rabbi emeritus at Birmingham’s Temple Emanu-El, who now lives in the Washington area.

Donald Trump has been a burning issue for this largely anti-Trump group. On this morning, they were interested in learning about Jewish perspectives from the South, where Jews tended to vote more heavily for Trump than in other parts of the country.

Rabbi Miller had sent them a story I did for Southern Jewish Life magazine on the impact of the election on the Jews of Georgia and invited me to participate in their weekly Zoom. My role was non-partisan and as a journalist.

There was some risk involved because so many in the American Jewish community are still in overdrive, which is understandable as this emotionally-charged and unprecedented election saga continues.

“I must say that I have mixed feelings about this call altogether,” one of the rabbis wrote before the Zoom conversation. “But if I were interested in one thing, it would be discussion of the extent to which Jews… feel that their voting patterns are informed by their perceived Jewish values. Or is it just about politics and the stock market, etc., devoid of Jewish ethics or values?”

Another one of the rabbis was more blunt. In writing to his colleagues in advance of the discussion, he wrote about “the deleterious effect of these past years on our democracy, and our collective agreement that our President and the party that supports him are mendacious, self-serving — you can add to the list.”

To prepare for the call, I surveyed a small group of Jews in Alabama and Georgia who had voted for Trump. Included were business people, doctors, lawyers and community volunteers. Most of them I have known for years. All of them care deeply about the Jewish people and Israel.

What the surveys reflected, I reported to the rabbis, was that there are two realities in the Jewish community today. Trump supporters inhabit one reality and those uncomfortable with Trump inhabit the other. It is a striking phenomenon with intelligent and learned people viewing the world through two distinct and competing prisms.

Americans moving from one objective, largely compatible reality to two subjective, conflicting realities — a profound shift — began before Trump. I suggested it had been triggered by the ascension of highly-diversified social media and the decline in influence of traditional, often homogeneous media. Trump’s genius has been in intuitively understanding this cultural and civic transformation while stoking passions on both sides.

The two realities, which compete and collide 24 hours a day, reflect vastly different views on key issues: who won the presidential election, Trump’s handling of Covid, his effectiveness as president, and which side is most to blame for the political divisiveness plaguing the Jewish community. On this last point, each side blames the other.

Here, for example, is one of the pro-Trump responses shared with the rabbis: “The election was stolen. The math doesn’t add up. Trump won by a landslide. Liberal Jews seem to not care about Israel as much as social justice. Trump has done more for minorities than any president before him. He got us medicine and vaccines at warp speed. He gets no credit for any of this.”

Added this person, a pro-Trump doctor: “I think President Trump handled the pandemic as well as could be expected, given the situation, and a thousand times better than Biden could have.”

Said another Trump supporter, a well-respected professional, “I can not recall a candidate who was leading by several percentage points late in the evening only to see it evaporate only in key states — which makes me question the outcome. I think that President Trump did win.”

(Multiple reports attribute the late turnaround to the counting of mailed ballots which went heavily for President-elect Biden.)

The purpose of the discussion was not to focus on the issues per se or even have the rabbis respond to the pro-Trump comments. Instead, it was to consider the broader context — people no longer living together in one agreed-upon reality where they could simply disagree.

This recognition prompted the geographically-diverse group of rabbinic retirees to reminisce about how it was during their careers. In those days, though people might have differences politically, they could sit and reason together. They knew that in the end, as Jews, they were on the same side with far more uniting them than dividing them.

Exchanging ideas in the Jewish community is deteriorating into a zero-sum game, where each side believes it is 100 percent right and the other side is 100 percent wrong.

This can be seen in interview after interview, both for this story and others.

“I do not like what Trump may say on Twitter but I love what he has accomplished. He has been the greatest president in my lifetime,” wrote one of the pro-Trump respondents.

Says a Jewish Trump voter, a longtime volunteer leader, “It has become personal to the point where people aren’t willing to express their opinions, which is dangerous. Political differences have become personal and it has ruined relationships because of attitudes like those I suspect are held by this group of rabbis. They have no idea why Trump in many ways is the most popular person in the country for 74 million people.”

Equally intense are the feelings on the anti-Trump side. On the Zoom call, one of the rabbis, reflecting the criticism Trump has received for his response to Covid, accused the president of “a willing, intentional assault on American lives.”

It also was noted during the call that one of Georgia’s most prominent Jewish Democrats, in the story that was shared earlier with the group, said, “Those of us who are Democrats genuinely cannot understand how anyone who cares about the values of the Jewish tradition can possibly support Trump. It’s quite literally unfathomable. Anyone supporting Trump is not educable. I mean that literally.”

Reflecting on the Birmingham Jewish Federation board’s decision in 2015 to affirm its opposition to the Obama-backed Iran nuclear accord, a decision that was actually led by several Federation leaders who were well-known Democrats, Rabbi Miller told his colleagues such an action could never succeed today. It would immediately be cast as a blue vs. red issue, rather than the important policy issue that it was — and will likely be in the future.

The rabbis, despite their anti-Trump views, were by no means blasé. As spiritual leaders with a continuing commitment to the well-being of Jewish communities, they were concerned and anguished.

Regarding Israel, the Trump voters were frustrated. They believe that anti-Trump Jews generally refuse to give Trump an iota of credit for his multiple actions supporting Israel and other breakthroughs in the Middle East — such as the recent agreements with four Arab countries — that have benefited Israel.

Wrote one Trump voter, “I am 100 percent behind Israel and can’t understand why ANY Jew would vote for a party that supports giving up land for nothing, boycotts, and letting Iran get nukes.”

One long-time community leader, a Trump voter highly learned in Judaism, had this to say: “Jewish tradition teaches that deed is more important than words. I’d prefer a superb surgeon with no bedside manner to a charming doctor who was not at the top of his class. The patriarchs and matriarchs were all flawed human beings but God chose to celebrate them and work through them in creating Judaism. Same with King David. He had a general killed because of lust, yet is considered one of the greatest Jews.”

This same person also captured a frustration most of the pro-Trump respondents felt: “Jews who support Trump are ostracized by those who don’t. It is shameful. The polarization has become toxic. Think about it in reverse. Are Jews who supported Biden ostracized by those who didn’t? No! The rage is on the Left, not on the Right. We are branded as deplorables. Ignorant. Bigots. Uneducated. Betrayers of Jewish values. Xenophobes. Homophobes. Misogynists.”

After the call, one of the retired rabbis observed, “As much as things are different, there is one aspect of all of this which rings familiar. Namely, during the Vietnam War era, especially in the late ‘60s and early ‘70s, there were two realities to that war and governmental deceit was broad and deep as it is today. It also split this country apart.”

Later that afternoon, as Shabbat and the second night of Chanukah were approaching, Rabbi Miller wrote to his colleagues, “I am proud and pleased that those of us — all of us — on the blue side of things, while expressing our views were able to listen carefully and sensitively. We need more of that, too.”

Added Rabbi Miller, “My biggest takeaway is how much things have changed and how difficult it would be today to hold a position of communal leadership in the Jewish community. I believe there are dark times ahead. We were fortunate to serve in the light of better times and in a hopeful atmosphere.”