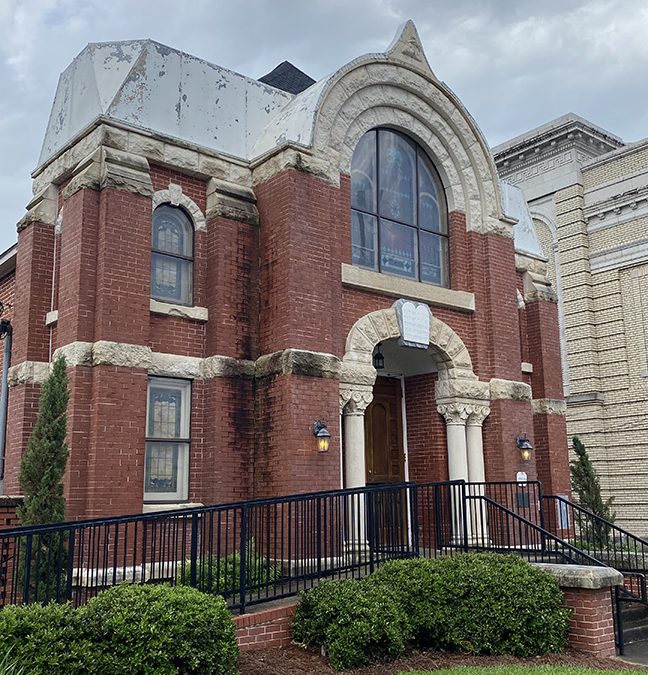 After several statewide Zooms that brought Jewish community leaders from across Louisiana together for discussions on how to help the Lake Charles community after Hurricane Laura hit the area last August, a simple question emerged: Why get together only when there is a disaster?

The new Louisiana Jewish Coalition will be formally announced later in July. It will be coordinated by Michelle Neal and Garrett Moore from the Jewish Federation of Greater New Orleans, and three main events are being planned to kick off the coalition.

The coalition is intended to be “more than ‘let’s get together when we have a hurricane’,” Neal said. Among the aspects being discussed are statewide programming, joint advocacy and economies of scale when purchasing.

The first event will be a three-part series on numerous aspects about politics, relations and life in Israel, from different angles. The sessions will be on three Sundays, Aug. 15 to 29, with times and Zoom links to be announced. The first will feature Aaron David Miller, a senior fellow at the Carnegie Endowment for International Peace, global affairs analyst for CNN and former senior advisor for Arab-Israeli negotiations.

The other two sessions will each cover two topics, and the Aug. 22 presentation will include Birmingham native U.S. Rep. Elaine Luria of Virginia, a Democrat, and Rep. Mark Green of Tennessee, a Republican. The Birmingham and Nashville Jewish communities will be invited to participate in the program, which will discuss a range of topics affecting the American Jewish community, including Israel, antisemitism and security.

Herb Keinon from the Jerusalem Post is also scheduled for the series.

The second planned event will be a retreat for Jewish leadership from across the state, likely around February or March, and possibly at the Coushatta resort in Kinder. In 2008, the Coushatta established ties with Israel, the first Native American tribe to do so.

The third program being discussed is an Israel Independence Day event at the Governor’s Mansion in Baton Rouge next May. There will also be a major Israel trip next summer being organized by the Federation in New Orleans. The mission will have a track for a traditional community mission to Israel, while also having four business-related tracks for Louisiana companies.

Arnie Fielkow, CEO of the Federation in New Orleans, said the objective is to bring the Louisiana Jewish community together. The coalition is being formed in consultation with the Federations in Baton Rouge and Shreveport, and the independent Network communities, along with congregational representatives.

Currently, the New Orleans Jewish community is twice the size of the rest of the state combined.