Louisiana communities make it through Ida with little damage, but power will remain out 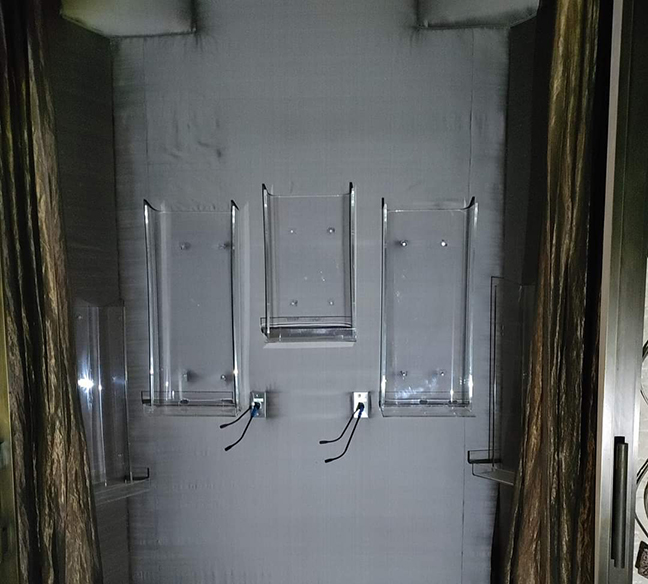 Empty ark: Rabbi David Gerber checked on the Gates of Prayer building in Metairie, noting how odd it was to see an empty ark in the darkened sanctuary, as the Torahs had been moved to higher ground in advance of the hurricane.

Reports continue to come in from Jewish communities across Southeast Louisiana, and though Hurricane Ida struck on the 16th anniversary of Hurricane Katrina, that’s where the similarities end.

Though Katrina was a Category 3 storm when it landed and Ida was a high Category 4 with sustained winds of 150 miles per hour at landfall mid-day on Aug. 29, the damage from Ida is far less severe in New Orleans, mainly because the levees held this time.

Outlying areas, and areas closer to the Gulf of Mexico, though, have widespread devastation, and even in New Orleans it will be some time before life gets back to normal.

The biggest issue in New Orleans is that major electrical transmission lines were knocked into the Mississippi River, knocking out electricity to all of New Orleans. Speculation is that it will likely take at least three weeks for electrical service to be restored, and water service is also spotty, with boil orders in places like the East Bank of Jefferson Parish.

New Orleans Mayor LaToya Cantrell said those who evacuated to other cities should stay where they are because of the outages and hazards, and the city will tell them when it is safe to return.

In a statement to the community, the Jewish Federation of Greater New Orleans noted “we know the days ahead will be long and hard, and we’re committed to getting through this together.”

The Federation is working with local and national Jewish leadership and is updating a resource list. The Federation also distributed contact information for Jewish Federations in Houston, Memphis, Atlanta, Birmingham, Dallas and Nashville, places to where many community members evacuated.

The Federation also announced an online Jewish Louisiana briefing for Aug. 31 at 6 p.m., where community leaders “will offer an update on the damage across the region as well as next steps.”

Jewish Family Service of Greater New Orleans stated it will work on the community’s long-term recovery, but due to a lack of power, cell service and staff that evacuated to other areas, they are not fully operational. They will notify the community when they are able to receive calls and resume operations.

The Jewish Endowment Foundation of Louisiana is monitoring the situation “to determine any immediate needs in our Jewish community.” However, they found out that there is “major structural damage” in the Galleria building in Metairie where their offices are located.

Jewish Children’s Regional Service in New Orleans will be closed through at least Wednesday, but “will continue to fulfill its mission to assist Jewish families and youth through challenges like this one and beyond,” assessing needs for those in the region “as quickly as possible.”

The Jewish Community Centers in New Orleans and Metairie had previously announced closures through Aug. 30, updates have not been posted yet, but without electricity they wil likely be extended.

Many community members have posted about varying degrees of fence and roof damage, and missing shingles.

Rabbi Yossie Nemes of Chabad in Metairie reported during the storm that he “lost my gutter, parts of my shed and roof, and my fence,” and several others had damage to their homes, but “everyone is safe and thankful.”

Chabad was holding a parking lot barbecue for the neighborhood the afternoon of Aug. 30. “We’re here to help people,” Nemes said.

Rabbi David Gerber of Gates of Prayer in Metairie said he had to weave through downed trees and power lines to get to the synagogue, which “doesn’t seem to have sustained any damage.” Beth Israel, located next door, reported “minimal, superficial damage.”

The newly-opened Museum of the Southern Jewish Experience also fared well in the storm, according to Executive Director Kenneth Hoffman. “They really knew how to build them in 1916,” he said.

Also, reports are that there was no damage to the synagogues or in the Jewish community in Lafayette and New Iberia.

Rabbi Barry Weinstein, rabbi emeritus of B’nai Israel in Baton Rouge, said the area “escaped” with “many downed trees but so far I am aware of no major damage” or any damage at the community’s two synagogues.

The Henry S. Jacobs Camp in Utica had a lot of rain and wind, but no damage.

One casualty of the storm, though, is the Karnofsky store, where the Jewish immigrant family that befriended a young Louis Armstrong lived. The empty building was flattened by the hurricane.