JCRS looks to score with the Jewish Roots of Sports gala 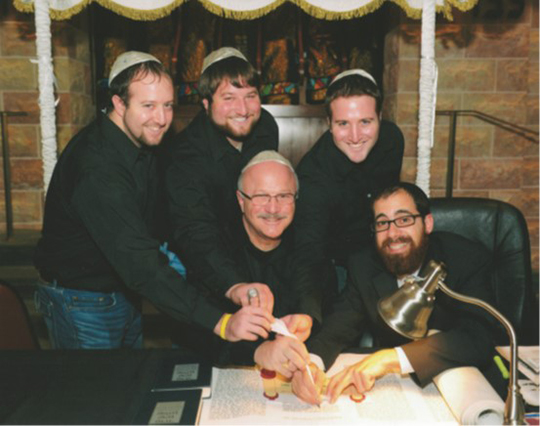 The Jewish Children’s Regional Service 11th annual Jewish Roots gala turns to the wide world of sports for this year’s event, on March 27 at 6 p.m., at the Sheraton New Orleans and on livestream.

Two years ago, the gala was one of the last major events before the Covid shutdowns. Last year’s event, a celebration of the agency’s 75th anniversary, was held virtually. The regional event generally draws over 400 attendees.

The Jewish Roots of Sports will feature a number of celebrated Jewish athletes, in person and on video, some of whom have ties to JCRS or its predecessor, the Jewish Orphans’ Home.

The event will honor three of JCRS’ Most Valuable Players, Gayle Baer, Alan Krilov and Mark Sands. Ned Goldberg, JCRS Executive Director Emeritus, will be inducted into the JCRS Hall of Fame.

Originally established in 1855 as an orphanage in New Orleans, JCRS is currently the oldest existing Jewish children’s social service organization in the U.S., as well as the only regional Jewish child welfare agency in the country.

This year, JCRS will serve or fund over 1,800 Jewish children from over 200 communities in a seven-state region, including 54 percent of Jewish youth, ages 17 and under, in Greater New Orleans. The agency also serves the rest of Louisiana, Alabama and Mississippi. 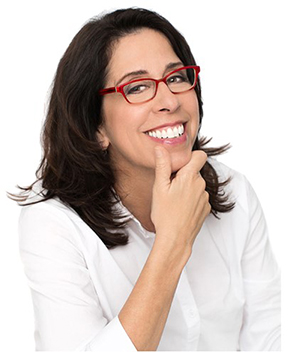 A Long Island native, Orender was named to FOX Sports.com’s 10 Most Powerful Women in Sports, Sporting News’s Annual Power 100, and Newsweek’s 100 Most Influential People in the Business of Sports.

A Long Island native, she lettered in five sports in high school, including boys’ tennis, then was an All-American for the Queens College women’s basketball team. She played the entire three seasons of the Women’s Pro Basketball League’s existence, where she was an All-Star and holds two career records. From 2005 to 2011, she was president of the Women’s National Basketball League, after serving 17 years in various roles for the PGA Tour.

Orender is the founder of Generation W, an ever growing and enthusiastic community with the mission to educate, inspire, connect, and fuel the power of women’s leadership. Based in Jacksonville, Generation W is a nationally recognized non-profit whose action-oriented programs are designed to create awareness and propel change.

She is also the founding CEO of the consulting firm Orender Unlimited, and the author of “WOWSsdom! The Girl’s Guide to the Positive and the Possible.”

She credits her Conservative Jewish heritage as giving her “a sense of place and comfort.” She said “It’s really all about your family, your belief system, and how you can take that and live that in all the work you do. And we feel strongly about grounding our twin sons in Jewish values and community, as well as giving them a deep and abiding connection and responsibility to their roots.”

Her family has been involved in the Maccabi USA movement, and she was team captain for the U.S. women’s basketball team at the 1985 World Maccabiah in Israel.

In addition to her leadership roles and speaking appearances, Donna co-hosts Maccabi USA Sports Show with Arnie Fielkow to discuss various topics with Jewish athletes and professionals across the world.

Over the last two years, Orender has become a familiar voice in the region, co-hosting the Maccabi USA Sports Show with Arnie Fielkow, CEO of the Jewish Federation of Greater New Orleans, to discuss various topics with Jewish athletes and professionals across the world.

In November, Orender and Fielkow interviewed Cohen on the show.

The Mississippi State University athletics director and standout baseball player has a family connection to JCRS, through his father, who played baseball while living in the home.

In 1936, Cohen’s grandmother, Nettie Crystal Cohen, passed away from pneumonia, leaving her husband John to care for their three young children — Perry, Gilbert, and Harry. Finding no way to support his children properly, John placed his three sons in the Jewish Children’s Home on April 20, 1936, where they were reared and educated during their formative years.

Harry Cohen excelled at sports and played baseball for Fortier High School and the American Legion while living in the Home. Harry left the Home in 1944 and, despite being labeled as “not college material,” attended Tulane University where he received a BA degree and then his law degree. He was a professor at the University of Alabama School of Law for 37 years, and it was there that he met his bride Doris, with whom he had four children, including John.

“My father would tell these warm and wonderful stories of his growing up in the Home and playing baseball across New Orleans,” Cohen said. “I am thrilled to be engaged with JCRS and the amazing work they continue to do for our Jewish kids.”

The Hersh family of Pearland, Tex., has a more recent tie to JCRS. When Ed Hersh’s wife, Shellie, was diagnosed with cancer, they wanted their three sons to continue their paths building their Jewish identity and being “kids” all during her medical treatment. With grants from JCRS, all three boys attended Jewish summer camps, and attended college with aid from JCRS, and all were involved in athletics. Shellie died in February 2009.

Jonathan, the oldest, attended Austin College in the class of 2009, and was the kicker on the school’s football team. As a Senior he founded Hersh Brothers Kicking, a kicking camp that trains successful athletes of all ages.

A budding soccer star, before eighth grade his coach pulled Jonathan aside and told him he would be playing football that year. He became a running back, but since there was a need for a kicker, his soccer experience paid off and he switched positions.

Jonathan has coached football at DeRidder, La., and is currently at Texas City ISD.

Craig, the middle son, attended the University of Houston-Clear Lake and played soccer in high school, and then for the Houston Football Association, as well as for the US Maccabee Men’s Open Team which competed in Australia.  Now working for Pearson, he was previously a science teacher in Dickinson.

Robert, the youngest son, entered Texas Southern University in 2008, becoming one of only two Jewish place kickers at a Historically Black College and University. During one of his games as a freshman, he kicked three field goals in a 30-29 win over Alcorn State, and the team presented a signed game ball to Shellie at MD Anderson Cancer Center.

That Thanksgiving, the Hershes had 15 of the players over for Thanksgiving. Ed Hersh told the Jewish Herald-Voice in 2012 that “She was overjoyed to have a house full of football players, and when it was time to return to the dorms, each boy gave her a hug and kiss.” But the cancer pain became overbearing the next day and she returned to the hospital, never to return home.

A month before she died, Ed Hersh’s father died from cancer.

In 2009, Robert and Jonathan started Hersh Brothers Kicking and Punting Camp, in honor of their mother and grandfather. The camp is for aspiring kickers of all ages and genders.

Robert continued kicking for Texas Southern, and in 2010 the team won the Southwestern Athletic Conference championship for the first time in school history. The next year, though, he tore a quad muscle in his leg two weeks before what would have been his senior season started, keeping him on the sidelines. After wondering if he would be able to play again, he recovered and had a medical redshirt.

At the season opener in 2012 he came in for a 47-yard attempt with four seconds left. Thinking of his mother, he sailed the kick through the uprights for a 44-41 victory over heavily-favored Prairie View, a team they had not defeated in six years. Later that season, he hit a 32-yarder to beat Grambling State.

Ed Hersh credits the JCRS grants for summer camp with inspiring his sons to broaden their Jewish identities, visit Israel and complete college. “Without assistance from JCRS, they could not have gone,” he said. “The impact from JRCS was greater than we could have imagined, especially during family medical issues.”

For the Grunfeld family, basketball became their legacy. A Stanford basketball standout who played professionally in Europe and Israel, Dan Grunfeld is the author of “By the Grace of the Game: The Holocaust, A Basketball Legacy and an Unprecedented American Dream,” about his father, Ernie Grunfeld, who is the only child of Holocaust survivors known to play in the NBA. 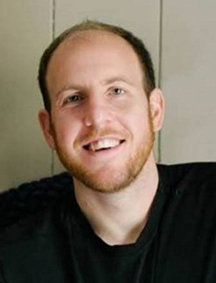 Ernie was born in Romania. His mother was saved from deportation from the Budapest Ghetto by the actions of Swedish diplomat Raoul Wallenberg, and his father was in a work camp in Romania. After the war, the family sought to immigrate to the United States from Romania, arriving in 1964 after a six-year wait. Ernie was 8 years old.

Growing up in Queens, Eddie discovered basketball and was All American his senior year, and was the only high school student selected to start on the 1973 U.S. team at the World Maccabiah in Israel.

He went to the University of Tennessee, where he became the university’s all-time leading scorer, a record that stood until 1993. He was teammates with Hall of Famer Bernard King, and they were known as the “Ernie and Bernie Show.” His number was retired in 2008, making him the second Vol to receive that honor — after King.

In 1976, he was part of the gold medal winning U.S. Olympic basketball team.

Drafted 11th overall, Eddie played for Milwaukee, Kansas City and the New York Knicks, retiring in 1986. He was radio analyst for the Knicks for three years, then moved into management. In 2003 he became president of basketball operations for the Washington Wizards, a position he held until 2019.

At Stanford, Dan led the team in scoring and was named All Pac-10. Undrafted in the NBA draft in 2006, he signed with a team in Germany — after getting permission from his grandmother, who had lost seven immediate family members in the Holocaust. He then played in Spain, and from 2010 to 2014 was in the Israeli Basketball Super League.

In 2009, he was part of the U.S. team that won the gold medal at the World Maccabiah Games. That team was coached by Auburn basketball head coach Bruce Pearl.

After his playing days, Dan received his MBA at Stanford and is now in venture capital in Silicon Valley.

Strug, who grew up in the Tucson, Ariz., Jewish community, is known for one of the most iconic Olympics moments. In the 1996 Games, the U.S. and the dominant Russian gymnastics teams battled in Atlanta. Down to the last event, the U.S. team needed one good score on the vault to win, but the first four U.S. gymnasts did not have clean vaults, and then Dominique Moceanu fell on both attempts. It all came down to Strug, who fell on her first attempt, injuring her ankle.

In hindsight, the U.S. would have won gold without a second vault, but there was still a Russian performance to come, so the outcome was uncertain. Strug pushed through the pain and landed the second vault with a score high enough to ensure the gold medal, then almost immediately collapsed on the mat. She had two torn ligaments and a sprained ankle, and her coach carried her to the gold medal platform, after which she went to the hospital.

After the Olympics, she enrolled at UCLA and became more active Jewishly, and lit the torch during the opening ceremonies of the 1997 World Maccabiah Games.

The gala, co-chaired by Barbara Kaplinsky, Carole Cukell Neff and Sue Singer, will feature a seated three-course dinner, music, and a silent auction focused on sports memorabilia, once-in-a-lifetime vacations and sporting experiences. All proceeds from the event will support the needs-based scholarship programs and services of JCRS for Jewish children throughout the Mid-South.