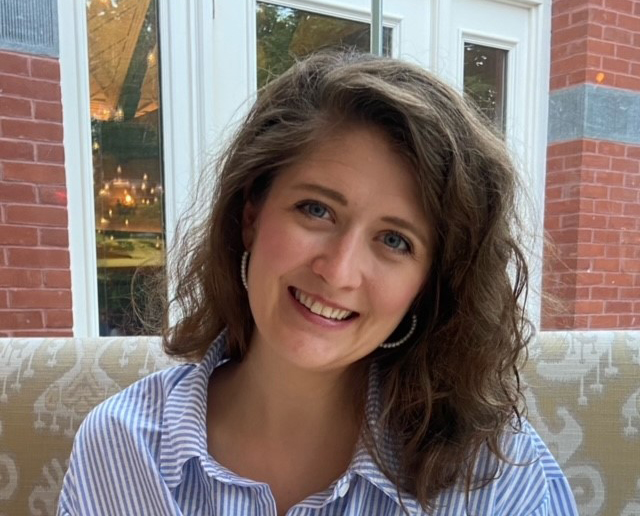 The Alabama Holocaust Education Center in Birmingham announced that Susan Braden-Aresco, currently the director of strategic partnerships at the Auschwitz Institute for the Prevention of Genocide and Mass Atrocities in New York City, will be the new AHEC executive director.

She arrives as the longtime agency changes its name from Birmingham to Alabama, and opens its new facility inside Temple Emanu-El. The agency has been led by interim directors over the past couple of years.

An Alabama native, Braden-Aresco will “return home” to lead the center, effective Sept. 1.

“We are thrilled to have Susan at the AHEC,” said Board President Karen Allen. “We are looking forward to the expertise, energy and leadership she brings at such a vital time for Holocaust education in the state and around the world.”

Braden-Aresco has a B.A. in International Relations from the University of Alabama and a Joint European M.A. in Human Rights and Genocide Studies from Kingston University in London and Universita degli Studi di Siena.

She has directed strategic partnerships at the Auschwitz Institute since April 2019, before that she had been the strategic development manager for a year.

Before that, she was program coordinator for the Cardozo Law Institute in Holocaust and Human Rights at the Benjamin Cardozo School of Law in New York for two years.

In 2015, she was community engagement coordinator at the Martha O’Bryan Center in Nashville, where she had also been in 2011.

After graduating from Alabama in 2009, she was an intern in the education department and the human rights program at the Carter Center in Atlanta, where she focused on an African Union charter ratification project and coordinated a learning exchange in Pretoria.

She also worked for the Genocide Prevention Program at the International Conference on the Great Lakes Region for the Uganda National Committee in Kampala, and then worked for two years remotely as a program associate for the GAPS Centre for Governance, Peace and Security in Kampala.

She also worked with Catholic Social Services in Mobile, as a cultural orientation specialist for the refugee resettlement program, and volunteered with the Mobile-based Gulf Coast Center for Holocaust and Human Rights Education .

For almost five years, she was managing editor of “Genocide Studies and Prevention,” which is produced by the International Association of Genocide Scholars.

“The AHEC’s mission to carry forward indelible lessons from the Holocaust is crucial in today’s world in which so many young people do not know this history,” Braden-Aresco said. “Serving as the organization’s executive director is a unique opportunity for me to both support this thriving center and give back to my home state of Alabama. I’m so pleased to be a part of it.”

Her first major event will be the Sept. 18 L’Chaim, which will celebrate the name change, her arrival and the opening of the new center. The 3 p.m. event at Red Mountain Theatre will also pay tribute to those who spearheaded the Violins of Hope programs from April 2018.