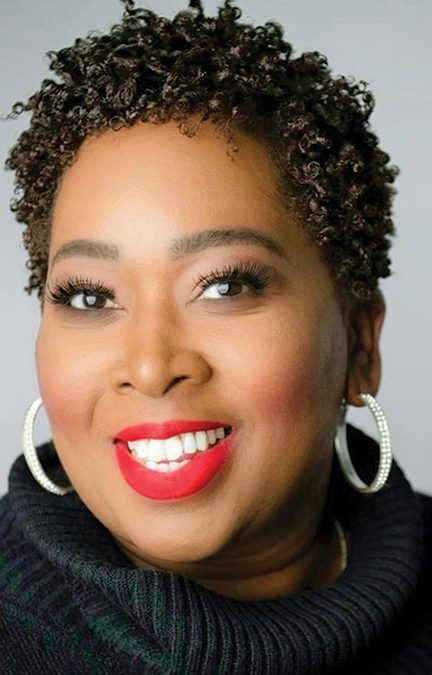 Talking to Juna Givhan about her singing is like being wrapped in a song. A powerful song.

She laughs, she dreams, she emotes and inspires, as she reflects on the two songs she sang at the Birmingham Holocaust Education Center’s late August fundraiser. The power of her words and the presence of her energy draw you in, weaving you like a thread into her tapestry of reflections.

This African-American singer, who believes a performer’s songs should leave an imprint on her audience, was deeply imprinted herself after being given what she calls “the honor” of performing at this year’s BHEC program. She came to the experience knowing about the Holocaust. She emerged from it with a heightened appreciation for the resilience and redemptive triumph of the Jewish people.

“I wanted to pay homage to the Jewish experience. I also wanted to capture the heart and resilience of the Jewish community,” Givhan said in an interview. She did both. And, as a performer and a person, she “wanted to establish a connection. I was honored by the opportunity to sing and I wanted to show my appreciation.”

Just as the notes and lyrics she sang likely remained in the hearts of her audience once the online program was over, her own emotional takeaway was a deeper understanding of the similarities of the tragedies that the Jewish and African-American communities endured: The Holocaust, in which Adolf Hitler and his Nazis murdered 6 million Jews, and slavery, the kidnapping and enslavement of more than 12 million Black Africans.

For her though, the most important aspect of these horrific experiences are the ways that Blacks and Jews have triumphed and redeemed themselves by refusing to allow these tragedies to define them permanently. This triumph, even with the common oppression and brutality, is what truly unites the two communities, she believes. This became clear to her through her role in the Holocaust program: “Jews, like Black people, have moved beyond their tragedy and embarked on a path forward.”

Yet, Givhan treads gently. “I am careful in what I say because it is so sensitive, as with anybody who has endured any level of trauma. We cannot let it define us in a negative way. What we can do as Black and Jewish people is to move forward and create a better path for our families and our children.”

Continues Givhan, “It doesn’t mean systemic racism doesn’t exist, but even still there is hope. Even with things at times stacked against our two communities, we must remain strong enough to always follow the path forward. Otherwise we won’t be able to live life to its fullest.”

Equally powerful was hearing Givhan describe the way she embraced the two songs she was asked to sing. She applied all of her talent and energy to probing the nuances of every word and the creases of every note, determined to reach deep into the music to say, as an African-American performing for a heavily-Jewish audience, “I understand, I care and together, we are people of hope.”

“Hope,” in fact, was the title of the first number she sang, written by Jason Robert Brown: “I sing of hope/And don’t know how/So maybe I can substitute strength because I’m strong/I’m strong enough/I got through lots of things I didn’t think I could/And so did you/I know that’s true/And so, we sing a song about hope.”

A perfect choice for the program, “Hope” had the power to resonate universally while reflecting thematically the essence of BHEC’s work, “Keeping the history and lessons of the Holocaust alive.”

What the audience didn’t know was that a profound personal dimension also animated Givhan’s rendition. On the very day that she pre-recorded “Hope” for the online program, her father, locked in a struggle with serious illness, was expected to pass within 48 hours. He defied the medical predictions and one month later, on the day this interview was conducted, Givhan was able to share the news that her father is still alive.

“He is still here,” she said softly with a tear in her eye. “So it goes to show that we have modern medicine, yet time is in the hands of God. But on the day we recorded, it was a challenge for me.”

Music may be a universal language. However, in the view of this artist, it is no substitute for conversation.

Despite the commonality of the two tragedies, and general compatibility between African-Americans and Jews even with the periodic stresses that capture the headlines, this long-time Birminghamian, who grew up on the western edge of the city, senses there is not enough conversation between the two communities. In fact, the BHEC program was her first real interaction with the Jewish community despite the fact that she has lived in Los Angeles and Atlanta, two cities with large Jewish communities.

Now that she has returned to Birmingham, she has become affiliated with the Red Mountain Theatre Company, which has provided a venue for both her singing and acting talents to flourish. These are her passions, pursuits that began when she was a freshman at Birmingham’s Ensley Magnet High School. And indeed, passionate she is.

This came through as she talked about the second selection she performed at the BHEC program. Melissa Self Patrick, executive director of BHEC, suggested the first song, and Givhan thought that would be her only number. Then Keith Cromwell, RMTC executive director, who helped develop the program, asked her to sing a second song — “I’ll Be Here Tomorrow” by The Grand Tour/Jerry Herman.

“I saw this as an amazing song as well. I could see it all come together even though I had not been privy to the logistics and planning. I saw it through the lyrics of the song.” Her energy and passion kicked into high gear as she talked about that second song.

“I saw the lyrics and the melody — I saw it all, and I wanted to make sure that I put in the time not only needed to prepare for the performance but also to create a meaningful and lasting experience. I have never been one to sing just to sing. I always want people to leave with something.” Here’s what she left them with: “So let the skeptics say/Tonight we’re dead and gone/I’ll be here tomorrow/Simply going on.”

Givhan’s two songs intersected perfectly, providing a springboard for the exact message she wanted to impart.

“These songs put you in the space of remembering, but not in sadness,” she said. “You remember what happened, but you’re also encouraged that you have made it this far. What happened doesn’t permanently define you, no matter how horrific it was. Even now, as we find ourselves in a dark world living in a deeply divided nation, I still have hope that tomorrow is going to be better.” 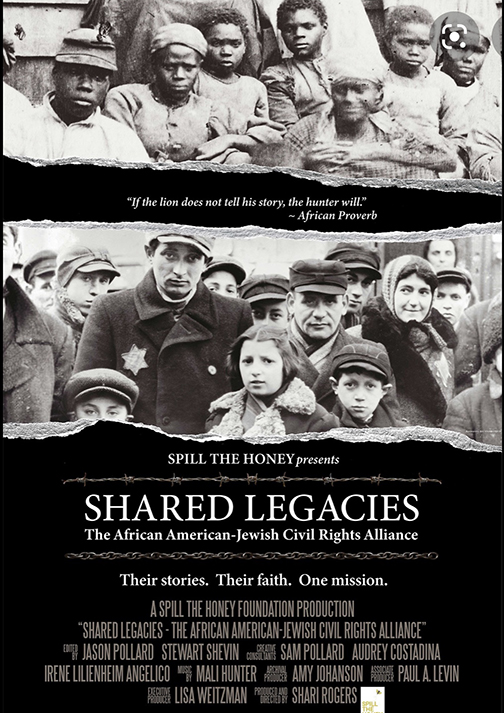 Jewish, Black voices from past provide pathway to future